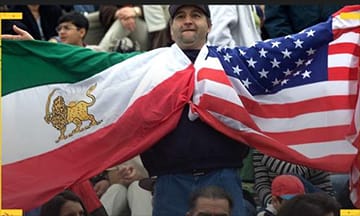 The United States and Iran, diplomatic rivals for more than 40 years, clash on the soccer pitch on Tuesday, their places at the World Cup on the line in a fitting finale for the most politically charged group at this year’s tournament.

The national team coaches sidestepped the icy bilateral relations, saying they were focused on the tournament and its ability to bring people together.

Washington and Tehran severed diplomatic relations in 1980 after the Islamic revolution. Ties have been strained in recent years when then-President Donald Trump pulled the United States out of an Iran nuclear deal. The United States killed a top Iranian general in 2020 and Tehran responded with missile strikes at U.S. forces based in Iraq.

“I envision the game being hotly contested for the fact that both teams want to advance to the next round, not because of politics or because of relations between our countries,” said U.S. coach Gregg Berhalter.

Iran’s dramatic 2-0 win over Wales and the U.S. team’s tense goalless stalemate against England on Friday set up a tantalising final round of Group B matches.

England, sitting top with four points, face bottom side Wales, meaning the Iran-United States contest will decide which team goes through to the round of 16.

The eagerly awaited meeting is a rematch of the 1998 World Cup group stage contest, dubbed the “mother of all games”, which Iran won 2-1. In a symbolic moment before that match at Lyon’s Stade Gerland, the Iranian players gave white roses, a symbol of peace in the country, to their American opponents.

Overshadowing Iran’s World Cup build-up this year has been civil unrest at home over the September death in police custody of 22-year-old Mahsa Amini, arrested for flouting the country’s strict Islamic dress code.

Team Melli declined to sing Iran’s national anthem in their first game against England in an apparent show of solidarity with protesters. They sang quietly on Friday at the Ahmad bin Ali Stadium, where boos and jeers were heard from Iran supporters.

Amid growing public pressure on players to take a stand over a deadly crackdown on protests, Iran rallied late against Wales to rescue a World Cup campaign that seemed to have flatlined following their 6-2 thrashing by England.

Berhalter, whose exuberant side drew 1-1 with Wales in their group opener, described the match as his team’s “first knockout game” of the World Cup and was wary of the threat posed by Iran after their second-half assault against Wales.

“Now we need to be sure that we are good enough to go to the second round,” Iran coach Carlos Queiroz said after his team kept alive their hopes of a first ever trip to the knockout stage.

“The U.S. is a brilliant team as well, as we saw them against Wales.

“Our preparation starts with a good rest, refresh the minds and put all the complementary and garbage things outside of our minds and focus on our goal, because what we want to do is to give this gift to Iranian fans.”

RAF CEO, board ordered to pay costs from own pockets in...

Four nabbed after kidnapping Indian businessman at OR Tambo International