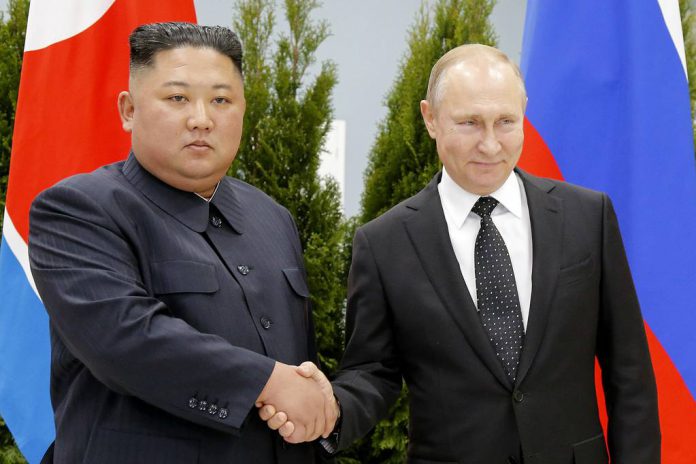 The Foreign Ministry in Pyongyang have said in a statement published by state news agency KCNA that Washington has been persistently spreading a ‘rumour of arms dealings’ between North Korea and Russia in a bid to make it a fait accompli at any cost.

The ministry accused the U.S. of attempting to tarnish the image of North Korea in the international arena by invoking what it calls “illegal’’ resolutions by the United Nations Security Council.

“We once again make clear that we have never had ‘arms dealings’ with Russia and that we have no plan to do so in the future,’’ the statement continued.

The U.S. government last week accused North Korea of secretly supporting Russia with military equipment in its war against Ukraine.

National Security Council communications director John Kirby said that North Korea was trying to disguise the deliveries of artillery shells via other countries, for example in the Middle east.

Kirby said the U.S. would continue to monitor whether the shipments are actually arriving.

It is a significant number, he added.

North Korea had previously denied providing weapons and ammunition to Russia in September.

At the time, Kirby spoke of millions of rockets and artillery shells that Moscow could potentially purchase from Pyongyang.