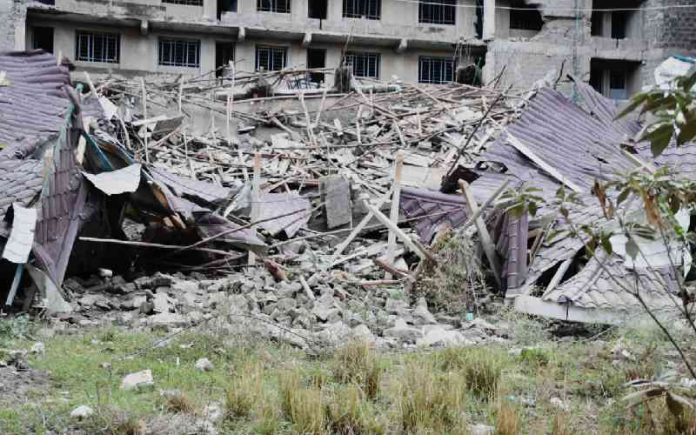 A seven-storey building that was still under construction in Nairobi’s Kasarani area collapsed on Tuesday afternoon, November 15.

The incident was confirmed by the Area Sub County Police Commander, Anthony Mbogo, who said the building collapsed in Season’s area.

Construction workers at the site said that they started noticing cracks in the building in the morning before raising alarm.

The supervisor at the site is said to have insisted and directed the workers to ignore the alarm, saying that the building was safe, and ordering them to go back to work.

This is the second building to collapse in Nairobi within a week. On Monday, November 7, an eight-storey building that was also under construction collapsed in Tassia, Embakasi.