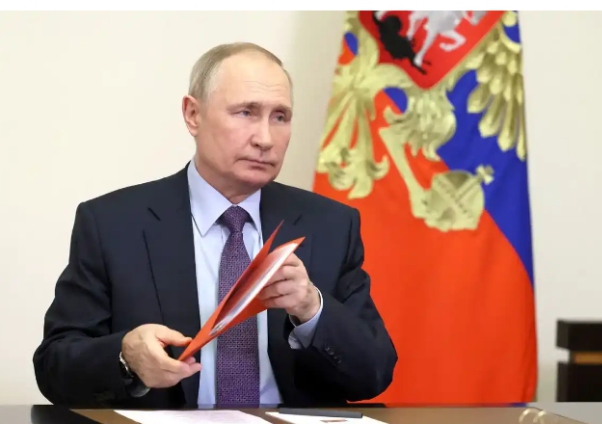 Russian President, Vladimir Putin has signed into law a bill that expands a ban on LGBTQ “propaganda” in Russia, making it illegal for anyone to promote same-sex relationships or suggest that non-heterosexual orientations are “normal.”

The ban by Putin comes just days after a harsh new “foreign agents” law came into effect, as Russia cracks down on free speech and human rights while its military operation in Ukraine falters.

The new laws broaden the scope of a 2013 law that banned the dissemination of LGBTQ-related information to minors. The new law extends the ban on promoting such information to adults as well.

The new laws make it illegal to promote or “praise” LGBTQ relationships, publicly express non-heterosexual orientations or suggest that they are “normal.

The package of laws signed by Putin include heavier penalties for anyone promoting “non-traditional sexual relations and/or preferences,” as well as pedophilia and gender transition. Under the new law, it will be banned across the internet, media, books, audiovisual services, cinema, and advertising.

The law were approved by the Russia’s upper and lower houses in recent weeks.

Flying Eagles To Hit Morocco Feb 8 Ahead U20 AFCON

“I think she’s an animal” – Trump abuses Nancy Pelosi for...