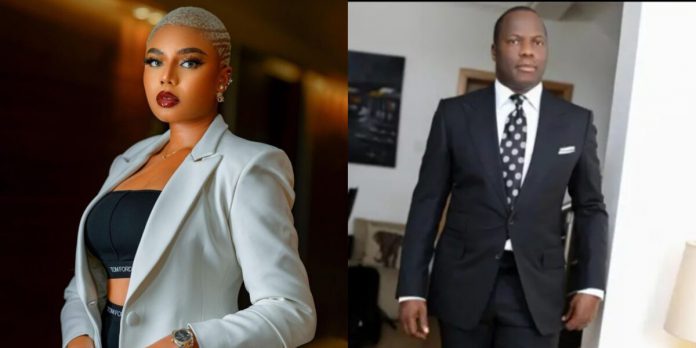 Report has it that the movie star is dating Sholaye Jeremi, who happens to be the baby daddy of Linda Ikeji’s son.

It would be recalled that a year after her son’s birth, Linda Ikeji had removed ‘Jeremi’ from her son’s name and replaced it with her surname, Ikeji. This had left many to believe that Jeremi had no role in his son’s life.

Jeremi, who is unbothered with the name change, has over the years been linked to dating female celebrities and his new chick seems to be Nancy Isime.

According to reports, the two were spotted on vacation in Maldives and were also seen all loved up in Qatar airways to Doha.

However, this isn’t the first time the actress has been linked to dating billionaires