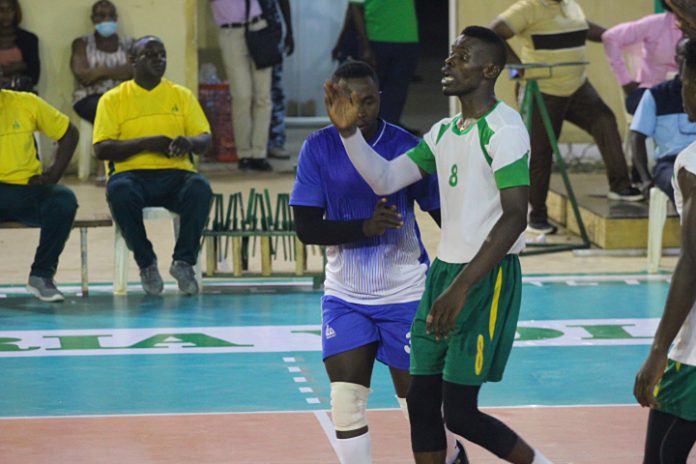 Kada Kings thrashed Wikki Spikers of Bauchi 3-0 (25-19, 25-18, 25-22) to recored their ten straight games win at the indoor sports hall of Moshood Abiola Stadium, Package B in Abuja on Monday.

The Head Coach of Kada Kings, Jonathan Thaj while speaking to newsmen after the game, expressed satisfaction over the performance of his team against the formidable Wikki Spikers of Bauchi state.

Thaj also revealed that his side is physically and technically better than his opponent adding that his team played according to instructions given to them before the game.

He said, “I feel satisfied with the victory because the boys are good, they training a lot and I am happy their training is manifesting in the second phase of the 2021 National Division 1 League. I believe that anytime or anywhere we meet Wikki Spikers, they will definitely lose to us because our boys are playing systematic Volleyball.

“When you compare my boys individuals, they are better than Wikki Spikers that was why I remain calm on the bench because they took instructions before the game.”

Thaj further noted that Kada Kings will know their fate when they lock horns against Caliphate Spikers of Bauchi on Thursday.

He said, “For now, Kada Kings have taken the trophy already; I am going to celebrate my trophy immediately we beat Caliphate Spikers of Sokoto State. The win over Wikki Spikers of Bauchi has given us the edge against all the teams here; it is left for others to fight for second position.”

Day 3 results of the second phase of the 2021 National Division 1 League in Abuja: