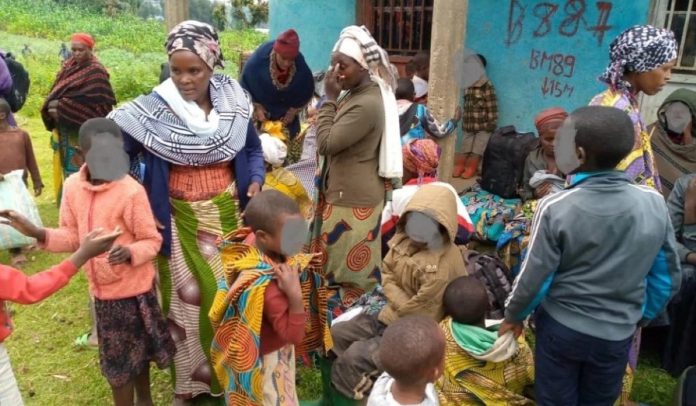 According to the Ministry of Emergency Management, on Sunday, January 15, Rwandan officials received 18 refugees.

It was gathered that the fleeing Congolese mainly come from North Kivu province where developments in the past week have raised red flags about the intentions of the Congolese government and military, and their sincerity in sticking to the roadmap agreed in Luanda.

There are fears of renewed fighting between the M23 rebels and the coalition including the Congolese army and armed militia groups such as the FDLR, a genocidal militia from Rwanda.

Congolese Tutsi communities are especially subjected to widespread hate speech, discrimination, hostility, and violence rooted in the genocide ideology spread by the genocidal militia, FDLR, and embraced by the Congolese leadership and security organs.

As of Monday morning, 632 refugees were hosted at Kijote Transit Centre in Nyabihu District while 416 were in Nkamira transit camp.

Since the start of January, some of the new arrivals have been transferred to Mahama refugee camp in Kirehe District in the Eastern Province.

According to the ministry, 1,760 refugees are in Mahama camp, which is already home to tens of thousands of Congolese and Burundian refugees. Two are receiving treatment at the Kanombe Military Hospital and two others are in the community.

Over the past two decades, the government of Rwanda has facilitated 22,000 Congolese refugees to relocate to other countries in Europe, North America and Australia.

Except for the voluntary return of around 4,000 Congolese refugees in 2003, no other organized voluntary repatriation facilitated by Kinshasa and the UN Refugee Agency, UNHCR, has happened.

Despite that, a tripartite agreement on the repatriation of Congolese refugees was signed between the Government of Rwanda, the DR Congo, and UNHCR on February 17, 2010.