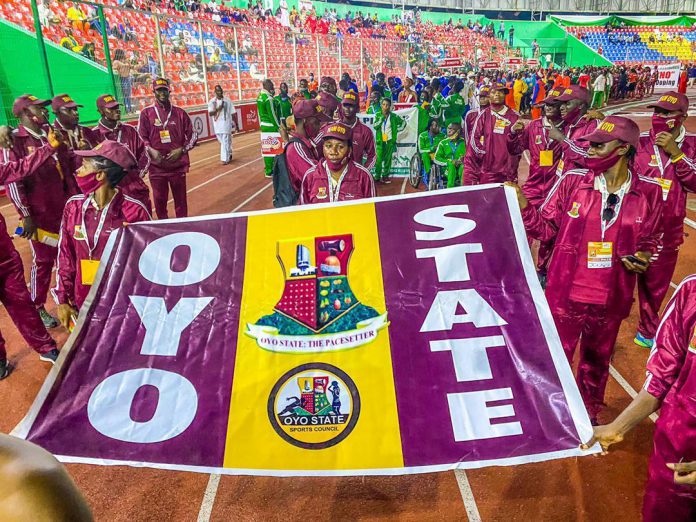 The Honourable Minister of Youth and Sports Development Chief Sunday Dare has showered praise on team Oyo for their outstanding performance at the just concluded National Sports Festival in Benin where they finished in the 6th position.

“Congratulations to Team Oyo, they did well, finishing in the top ten at the just concluded National sports festival is a huge feat . With this performance ,Team Oyo can do better in the next edition with early preparations and the right support”, the Minister affirmed.

Team Oyo not only finished in the 6th position in the overall medals table, but posted some outstanding performance in some events.Team Oyo had 29 Gold, 30 Silvers and 42 bronze totalling 101 medals amassed from Weightlifting, Boxing, Chess, Table tennis, Gold, wrestling, para table tennis among others.

The high point of the team’s performance was Taiwo Osijo feat of scooping 1 Gold, 2 silver and 3 bronze in weightlifting and Onokpite Kennedy gold medal win in chess.

My arrest, detention prepared me for the future — Cute Abiola