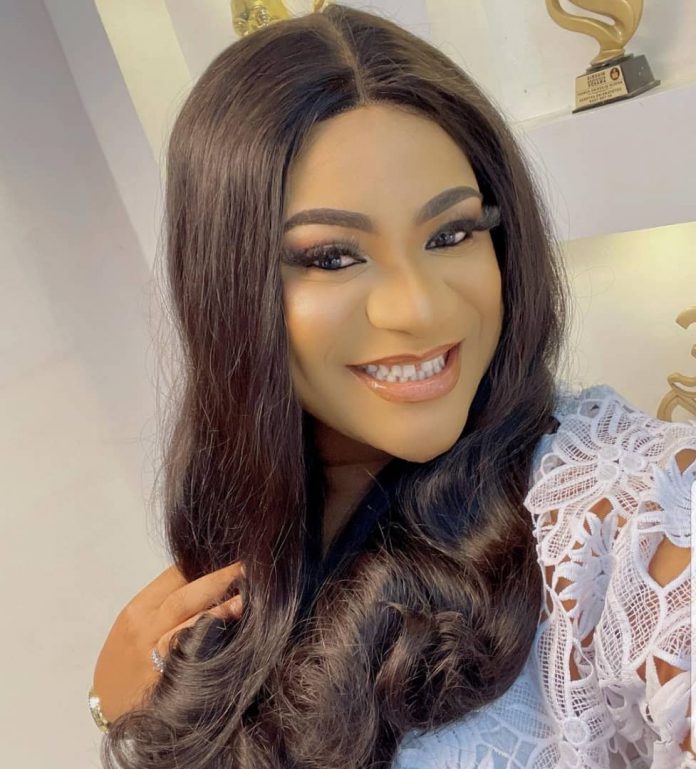 Popular actress and social media influencer,  Nkechi Blessing has declared that there is no marriage that is immune to failure or break-up.

With many marriages among celebrities crashing, Nkechi said marriages work if the people involve pray and tolerate each other.

But Nkechi disagreed with her fans and trolls saying no marriage is immune to hitting the rock, whether the two people involved make it public or not.

The mother of one added that whether a woman shows off her husband to the public or keeps her away from the public, it doesn’t guarantee that the union would last.

Speaking further, she said “whether you keep it or hide it, the marriage wey go spoil go spoil. We all have our demons we are fighting. Find your demon and back it up with prayer.”

She added that “nobody has the manual to keep a man. I pray everybody’s marriages work,” she concluded.