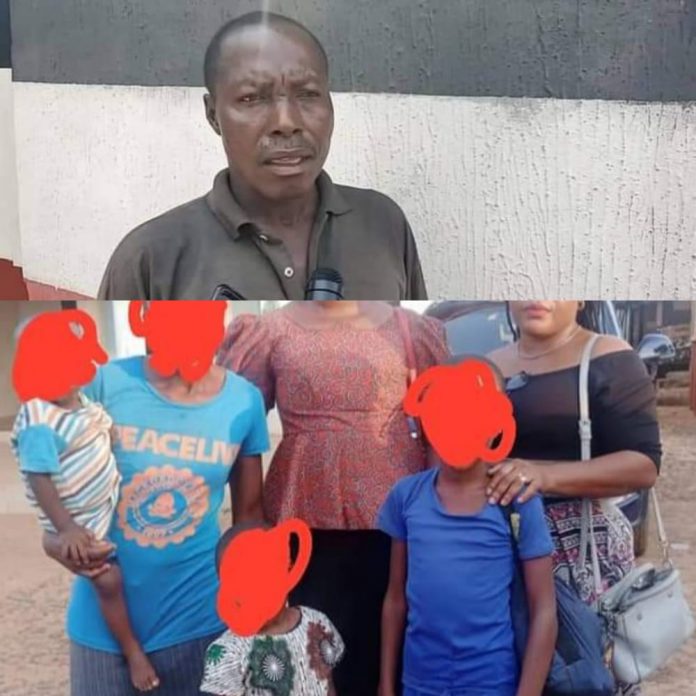 A man identified as Thomas Igbo, has been arrested for allegedly defiling his 3 underage daughters in Anambra

A 48-year old man has been arrested and paraded by the Anambra State Command of the Nigerian Security and Civil Defence Corps (NSCDC) for alleged child defilement.

It was gathered that the suspect allegedly confessed to sexually abusing his eldest daughter but denied molesting the remaining two, although his 4-year-old daughter allegedly confirmed the molestation to Child Protection Network, the human rights group that facilitated the arrest.

A medical report from the Ntasi Centre, General Hospital Enugwu-Ukwu also confirmed that the three children have been molested multiple times.

However, the suspect insisted he only had intercourse once with his eight-year-old daughter and blamed his action on alcohol.

The State Commandant, NSCDC, Mr David Billie said the investigation is ongoing and the suspect will be charged to Court immediately the Judiciary Staff Union of Nigeria (JUSUN) ends its strike and the court resumes full activities.

While recounting how the abuse was discovered, Mrs Okwuchukwu Chukwuenyem, the Spokesperson for Child Protection Network, said the case was brought to their notice after a neighbor noticed the behavior of the man.

According to her, the man was in the habit of taking the children separately on daily basis, mostly between 9pm and 10:30pm but what made the neighbor suspicious was when he was allegedly heard asking the children in Pidgin English, “e sweet” to the neighbor’s hearing.

“Abroad-based Nigerian men who go back to their villages to find...