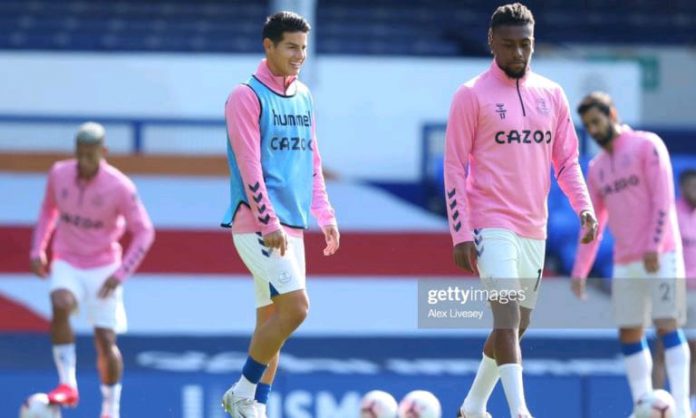 Alex Iwobi has taken to social media to react to becoming the eighth Nigerian to play 200 games in the English Premier League.

The Hale End Academy graduate reached a milestone of 200 Premier League appearances when he started for Everton in their 1-1 draw with reigning champions Manchester City at the Etihad Stadium on Saturday.

And in doing so, the former Gunner followed in the footsteps of retired Nigerian internationals Shola Ameobi, Nwankwo Kanu, Yakubu Aiyegbeni, John Obi Mikel, Joseph Yobo, Victor Moses and Victor Anichebe, who made at least 200 appearances in the Premier League.

Wearing the colours of boyhood club Arsenal, the central midfielder made his Premier League debut against Swansea City on October 31, 2015, and went on to play 99 more games before departing the Emirates Stadium in the summer of 2019.

As an Everton player, Iwobi has also recorded 100 appearances in the topflight, taking his total matches to 200.

Are you people not tired of seeing shege? – Content creator, Mr Macaroni, ask Nigerians as he wonders why fuel scarcity persists in 2023

Why we should support so-called worldly songs — Pastor Tobi Adegboyega