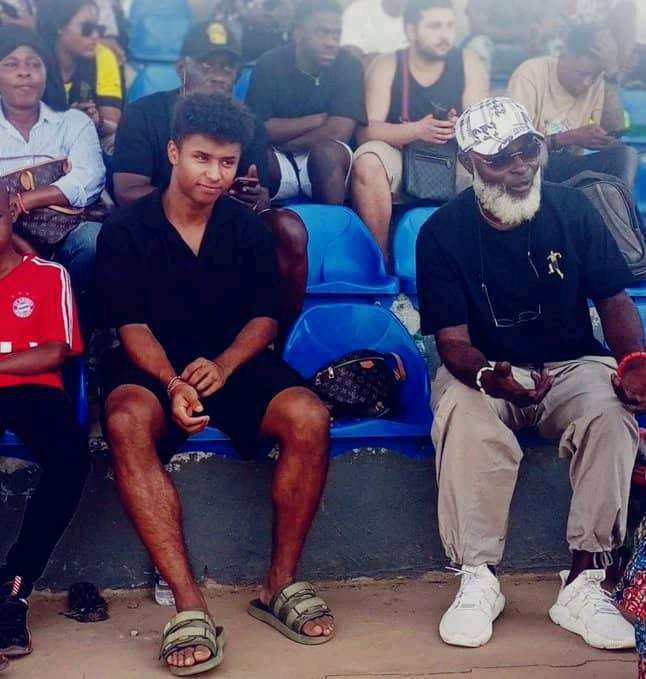 Nigeria-born German International Karim David Adeyemi was on Boxing Day spotted in Ibadan, Oyo State as he visited his dad.

Adeyemi was born in Munich, Germany, to a Nigerian father and a Romanian mother.

He is a youth international for Germany, having represented the German under-16s, under-17s and under-21s.

Adeyemi made his debut for the Germany senior team in a 6–0 2022 FIFA World Cup qualification win over Armenia on 5 September 2021, coming on as a late substitute and scoring his side’s sixth goal in the first minute of second-half injury time.

He was seen at the Olubadan Stadium and also in his father’s home in the core Ibadan area.

Adeyemi who is now on the payroll of Borussia Dortmund was also part of the German team at the 2022 FIFA World Cup in Qatar.

Are you people not tired of seeing shege? – Content creator, Mr Macaroni, ask Nigerians as he wonders why fuel scarcity persists in 2023