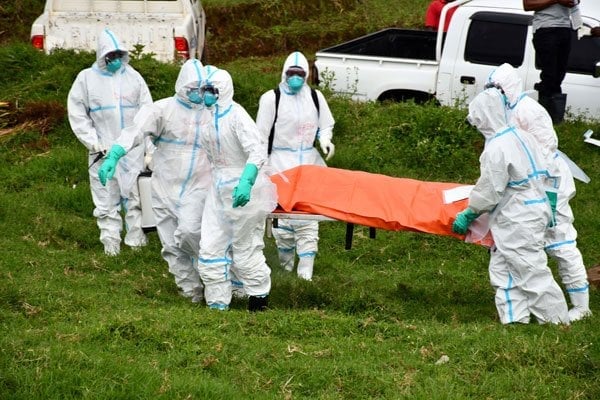 The World Health Organisation (WHO) reported that Ebola Virus Disease has claimed at least 54 lives in the first 55 days since its outbreak on September 20.

Mubende District, which registered the index case, has since lost 29 people out of the 54 registered deaths.

The report update as of November 10 also indicates that the disease, which has been confirmed in eight districts, has 137 cumulative confirmed cases while the recoveries stand at 65.

The districts include Kassanda, Kyegegwa, Kagadi, Bunyangabu, Wakiso, Masaka, and Kampala. Mubende and Kassanda, the epicentre of the Ebola disease, have 63 and 47 cumulative confirmed cases, respectively.

Ms Rosemary Byabashaija, the Resident District Commissioner and the chairperson of the district Ebola taskforce, stated that they are optimistic that Ebola will soon be contained.

“The fact that the statistics show a downward infection rate where Mubende can register zero new infections for two weeks is very encouraging,” Ms Byabashaija said.

“We have had a successful sensitisation campaign for all communities, including the traditional healers, witchdoctors, and church leaders on how to combat the spread of Ebola. Partners that have positively funded and supported the processes,” she added.

Out of the 2,187 contacts listed in the district, 1,908 of them had completed the 21 days of follow-up and had already been reintegrated into their respective communities, the WHO situation report revealed.

“Christians must not listen to musicians like Beyonce, Cardi B and...