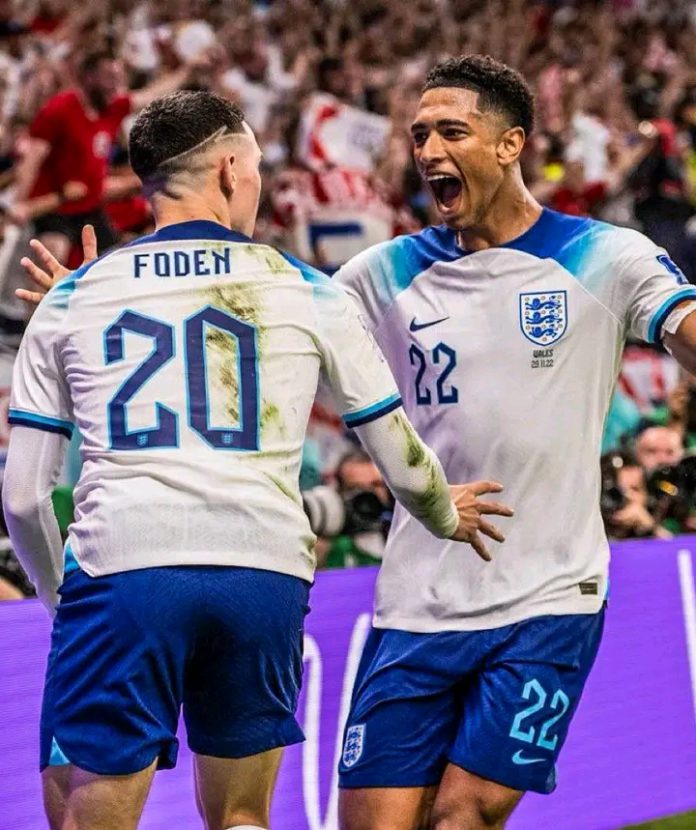 “I don’t want to big him up too much because he is still young, but he’s one of the most gifted players I have ever seen,” Foden told ITV.

He has no weakness in his game. I think he will be the best midfielder in the world.”

High praise indeed and echoed from all corners after England set up a World Cup quarter-final against France with an impressive 3-0 victory over the African champions on Sunday night at Al Bayt Stadium.

There, the 19-year-old Bellingham demonstrated precisely why he has become one of the most sought-after talents in European football.

The stats certainly backed up the noise around his outstanding contribution as the Three Lions reached the last eight at consecutive World Cup tournaments for the first time since 2006.

He did, after all, become the first teenager to assist in a World Cup knockout stage game since 1966 as he set up Jordan Henderson’s opener.

Henderson could also not speak highly enough of Bellingham. “I can’t keep saying nice things about him because we’re talking about a one-off,” he told BBC Sport.

“He’s only young and we just need to let him play football, but he is incredible.”

Severe thunderstorms and heavy rain expected in parts of KZN

No marriage is immune to break-up- Nkechi Blessing