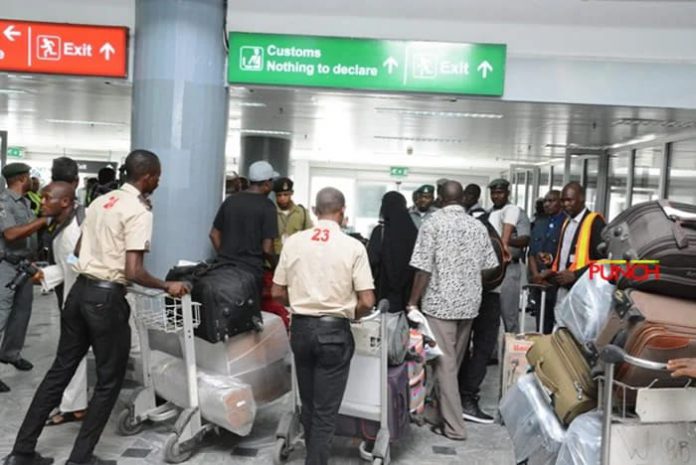 According to a report by the International Air Transport Association, African airlines including Nigeria have recorded a 91.8 percent increase in March revenue passenger kilometers (RPKs) compared to a year ago.

The report, titled “Passenger traffic recovery continues in March,” stated that impacts from the conflict in Ukraine on air travel demand were quite limited overall while Omicron-related effects continued to be confined largely to Asian domestic markets.

The report read in part:

“Total traffic in March 2022 (measured in revenue passenger kilometers or RPKs) was up 76 per cent compared to March 2021. Although that was lower than the 115.9 per cent rise in February year-over-year demand, volumes in March were the closest to 2019 pre-pandemic levels, at 41 per cent below.

“March 2022 domestic traffic was up 11.7 per cent compared to the year-ago period, far below the 59.4% year-over-year improvement recorded in February. This largely was a result of the Omicron-related lockdowns in China. March domestic RPKs were down 23.2 per cent versus March 2019.”

“With barriers to travel coming down in most places, we are seeing the long-expected surge in pent-up demand finally being realized. Unfortunately, we are also seeing long delays at many airports with insufficient resources to handle the growing numbers. This must be addressed urgently to avoid frustrating consumer enthusiasm for air travel,” the IATA Director-General, Willie Walsh was quoted to have said.

Shiroro attack: ‘We are coming, we will find you’ Buhari tells terrorists

Tonto Dikeh says she has never failed in leadership.

Limpopo municipalities urged to improve after 26 councils fail to get...