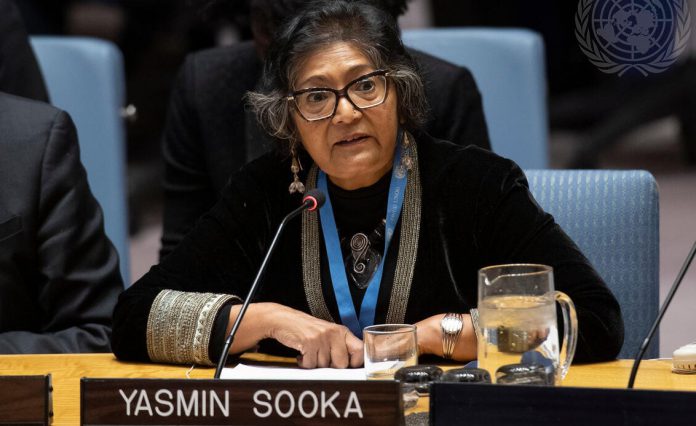 Members of the United Nations Commission on Human Rights in South Sudan visited Addis Ababa to urge African countries and other stakeholders to renew their support for implementation of the peace agreement for South Sudan.

According to UN, South Sudan’s conflict has become increasingly complex and the level of suffering for millions of civilians remains intolerable.

“Every new extension of the timelines for implementation of the peace agreement, and indeed every passing day of inaction, means not just time lost, but lives lost.

“Every month we see thousands of South Sudanese cross borders, stream into the UN-run protection site or move around the country trying to dodge an ever-shifting mosaic of violence that hardly registers regionally or internationally. Aid agencies struggle even to raise enough money to feed the victims because South Sudan has become invisible in the wake of other crises around the world.”

The meetings were held with the Africa Union (AU) leadership, departments and Member States, the Inter-Governmental Authority on Development (IGAD), diplomatic corps and UN representatives, civil society and other actors.

The Chair of the UN Commission in South Sudan, Yasmin Sooka said:

“South Sudan’s peace process cannot implement itself; the people of South Sudan whose lives depend on it, want to see more energy expended on breathing life into this document. We urgently need the African Union to take the next steps necessary to set up the Hybrid Court for South Sudan, and support the Truth Commission and the other processes that will give the men with guns serious pause for thought.

“At present South Sudan is a haven for those who commit the most atrocious violence. As a result, nearly nine million South Sudanese still need humanitarian assistance to survive. That’s a staggering three quarters of the population. People are being killed, maimed, raped and made homeless and we know from other countries that a credible truth and justice process is the only way to stop this.”

“We must avoid a situation where we return to the drawing board in two years with no meaningful results to show the people of South Sudan. The causes of past delays must be clearly identified and rectified. As guarantors to the peace agreement, the African Union, the Intergovernmental Authority on Development (IGAD) and regional and international development partners should continuously use all the tools at their disposal to push for and support timely implementation.”