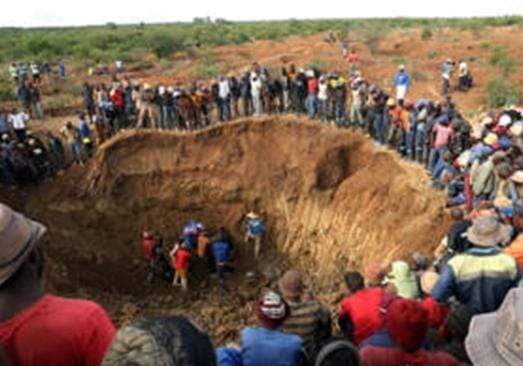 Two gold miners have been reported dead while five more are suspected to be trapped in the mine after it caved in on them at Success Mine in Matobo district.

The incident happened in the early hours of Sunday when the illegal miners swarmed the area after reports that gold deposits have been discovered.

An excavator had been deployed and it retrieved two bodies.

Director of the mine Mr Philani Ncube who said the artisanal miners had invaded the mine. He said they had not commenced operations.

“This is our mine and we had not commenced operations. We are in the process of registering. We got reports that there were people coming to illegally mine here after discovering gold deposits using dictators.

“We then engaged the police from Matopo and they came and dispersed them on Friday. I assume these ones came at night to illegally mine and unfortunately the pit collapsed on them,” Mr Ncube said.

One out of 100 South Sudanese women die during childbirth, Minister...

Six reporters imprisoned over video of Sudanese President wetting himself on...