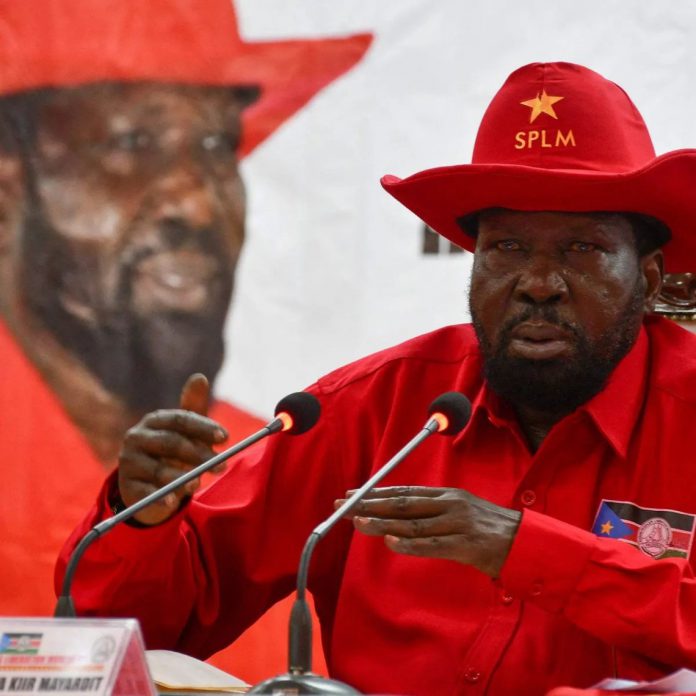 President Kiir issued this warning during the swearing-in ceremony of SPLM Secretary General, Peter Lam Both held at SPLM House on Tuesday in Juba.

“I want to say to you here, for those who would think of making another attempt, if they don’t get me, I will get them definitely because if we leave people, they would turn it to my fear,” Kiir said.

Kiir promised that he will never take revenge on anyone who rebel against his government but warned against another attempt to overthrow him.

“I thought that event when somebody lost patient and to fight you, if he doesn’t kill you, you need not revenge,” he said.

He said he has forgiven First Vice President Dr. Riek Machar and Taban Deng Gai, whom he accused of causing power struggles in 2013.

“Those who rebelled against me are my members now of the party until they make it again but if they don’t do it, I will not do anything to them.”

In July, President Kiir dismissed his entire cabinet, including his deputy Dr. Machar

The cabinet shake-up was seen in part as an attempt to ease hostilities with South Sudan’s neighbor to the north, Sudan because some of the members were viewed as longstanding adversaries of Sudan and as obstacles to improving relations.

US: Indian diaspora holds protest in California against BBC documentary on...