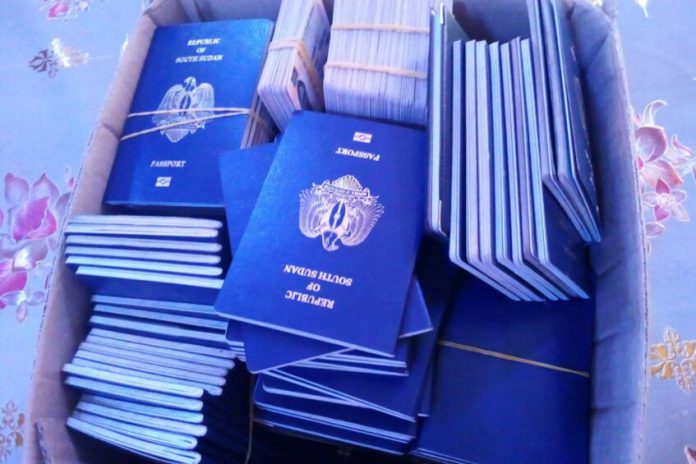 South Sudan’s Ministry of Interior has increased the cost of passport issuance for citizens by almost 1500 percent.

The Director General of Civil Registry, Nationality, Passport and Immigration, Gen. Cyer Mayar made this known to reporters in Juba on Tuesday, November 28.

Gen. Mayar said passport fee has been increased from SSP4,500 to SSP66,380, a 1475 percent increase, while the costs for issuing nationality and identity certificates will now stand at SSP3,319.

“This notice serves to inform that the new financial Act 2022 to 2023 has increased the charges, the increment charges are going to be implemented with effect from November 29, as directed by the Director General for Civil Registry, Nationality, Passport and Immigration,” he said.

The senior police officer further explained that those replacing a lost nationality certificate will have to pay SSP6,638. He added that a business and diplomatic passport will cost SSP165,950 and 132,750, respectively.

A statement signed by the executive director, Edmund Yakani: “CEPO is absolutely shocked with the sharp increases of our national passport fee with over 1500 percent. This increase is disturbing and it is too much for the majority of the citizens who are lacking sources to sound access to income.

“The presidency should immediately intervene on this sharp increment of the passport fees. It is too much for the citizens. Additionally, our national law makers should question the bases of this passport fee increment.

Meanwhile, CEPO hopes that the president and national Lawmakers will immediately intervene and help the citizens from this ‘abnormal increase’ of passport fee.