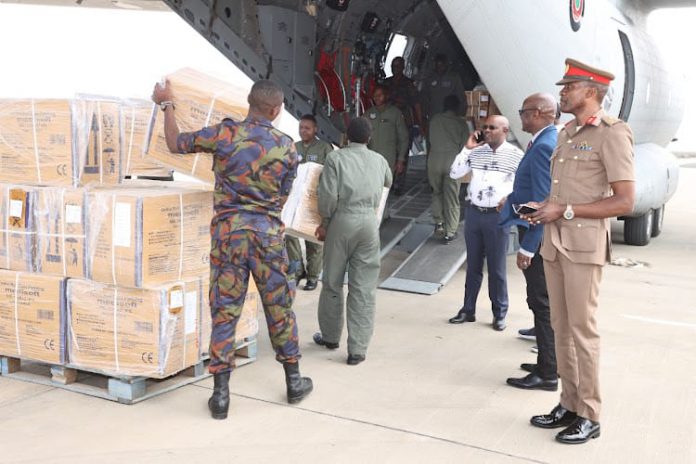 President William Ruto issued a directive for more foodstuffs to be donated to South Sudan.

The president said the move is in response to the escalation of hostilities between the warring factions in the Upper Nile and Jonglei States where families, especially women and children, are in dire need of water, food, shelter and medical aid.

“Conscious of the resulting humanitarian situation and in the spirit of good neighbourliness and ethos of this season, I have directed that a shipment of foodstuff and essential medical supplies be immediately be airlifted to Upper Nile and Jonglei States,” Ruto said.

This is the second time Kenya is sending food and medical aid to South Sudan following a similar donation on November 25.

Renewed fighting between rival soldiers in the two States have led to insecurity, violence and displacement of hundreds of families.

South Sudanese government troops and rival forces known officially as the Sudan People’s Liberation Army In Opposition have been fighting for supremacy in the two regions.

Two Nigerians arrested in Canada for allegedly selling $500k worth of...