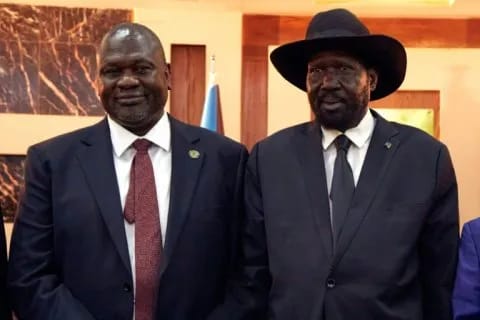 This signifies renewed political tensions that could put pressure on the country’s rocky peace process.

Sudan as a nation has lurched from crisis to crisis since it proclaimed independence from Sudan in July 2011, and is held together by a fragile unity government between historic foes President Salva Kiir and Machar.

Machar has however, rejected the decision to strip both him and SPLM secretary general Pagan Amum of party membership, as well as leadership roles.

“No faction can dismiss any member of the other factions from SPLM,” Machar’s wing of the party, the Sudan People’s Liberation Movement in Opposition (SPLM/A-IO), said in a statement.

Kiir and Machar were on the same side in the push for independence from Khartoum but ethnic and political rivalries separated them.

Almost 400,000 people died in the civil war before Kiir and Machar signed a peace deal in 2018 and formed a unity government.

Since then, the country has battled flooding, hunger, violence and political bickering as the promises of the peace agreement have failed to materialise.