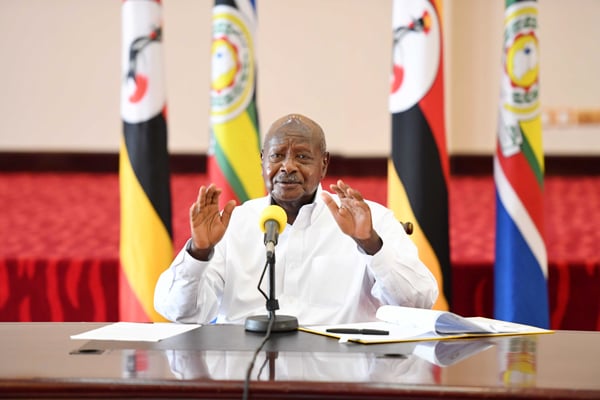 According to the President, when fuel prices went up due to a war in Ukraine, Ugandans begged him to subsidise fuel and consumables such as food, something he could not do.

“I don’t agree with subsidising fuel for driving to night clubs. People kept on pressuring me that Kenya had subsidised. If Kenya did, I wish them good luck. The only thing I can accept to subsidise is fertilisers, not consumables,” Museveni said.

President Museveni, who was speaking yesterday during the 3rd Bi-Annual Presidential CEO Forum at Chobe Safari Lodge in Karuma, Kiryandongo District, said as one of the ways to avoid high prices of fuel, he advised people to substitute diesel and petroleum vehicles with the electric ones but that the process is slow.

“Kira motor boss called for take-off agreements to promote E-mobility and this is going to be done. As a result, all government departments will buy electronic buses and I encourage Uganda Development Bank (UDB) to give cheap loans to all Ugandans who want to buy electric motorcycles.

“Over 2.5 million people use public means to Kampala Metropolitan areas. If the UDB can give transport associations cheap loan to purchase only 2,000 buses, Kampala would be a better place.”

President Museveni also directed the Ministry of Technology to set up an institute that will train people who will maintain electric cars.