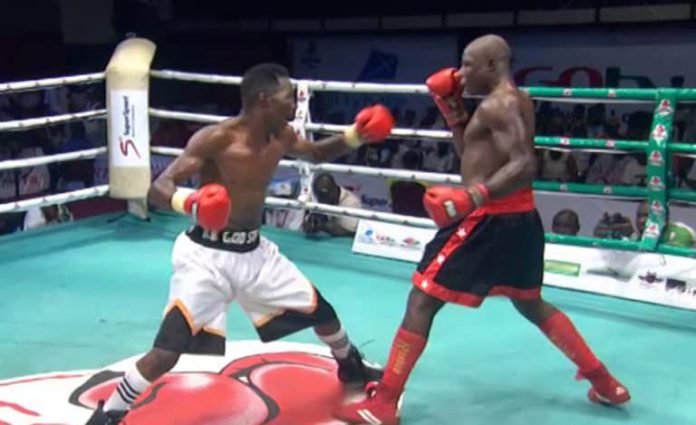 The event will stage one international and five domestic bouts across weight divisions and will be aired live on SuperSport Select 2 (GOtv Channel 34) and SuperSport Variety 4 (DStv Channel 209).

This was announced by Flykite Productions, organisers of the event, at a press conference i n Lagos on Wednesday 1 December, 2021.

Speaking at the event, Public Relations Manager, GOtv Nigeria, Jennifer Ukoh-Osamwonyi, expressed delight at the progress recorded with the boxing event. She commended the promoters, Flykite Productions, Nigerian Boxing Board of Control (NBB of C) and the media for their support.

“We are proud of how far we have come with the support of boxing fans, the NBB of C as well as members of the media, who have done commendable work in their role as advocates for not just the sport but the event,” she said.

Ukoh-Osamwonyi added that GOtv Boxing Night has sparked a revival of Nigerian boxing by providing opportunities, which were once scarce, for boxers to exhibit their skills and get much better rewarded.

“It is truly gratifying to see that the objectives of this initiative, which was to revive a sport that had suffered decades of gross underfunding and poor organization, provide considerably better renumeration for the boxers and most importantly, produce Nigerian boxing champions are being met,” she added.

The bout card released indicates that Nigeria’s Rilwan “Baby Face” Babatunde, reigning WBF International welterweight champion, will defend his title against Justice “Qwick Action” Addy of Ghana. Two other title bouts, both domestic, are also scheduled. One of the domestic title fights will see Segun “Success” Olanrewaju take on Adewale “Masevex” Masebinu for the national light heavyweight title, while the other will see Michael “Emirate” Godwin duel with Abiodun “Infiniti” Afinni for the national cruiserweight title.

The event will also feature two national welterweight challenge duels, with one pitting Semiu “Jagaban” Olapade against Taiwo “Gentle Boy” Olowu, while the other is a collision between Willian “Kaki” Amosu and Segun “War” Adeyemi. In the bantamweight category, Saheed “Eagle” Azeez will face Aminu “Lucky Boy” Akintayo.

The best boxer at the event will walk away with a cash prize of N1million attached to the Mojisola Ogunsanya Memorial Trophy. Last month, Flykite announced a new format for choosing the best boxer. The new format will see the winner of the award chosen by a nine-man panel, using weighted scores.

The panel, explained the organisers, will have three representatives from the sporting media, two coaches to be nominated by the Lagos State Boxing Association, one nominee of the Nigerian Boxing Board of Control (NBB of C), a representative of the sponsors and two persons from among the watching crowd.

The adoption of the more compact but diverse panel format replaces the media-only panel that has selected the best boxer since 2015. This, according to the organisers, is to make the process smoother and less cumbersome.

Djokovic Set To Return To Action Next Month In Dubai