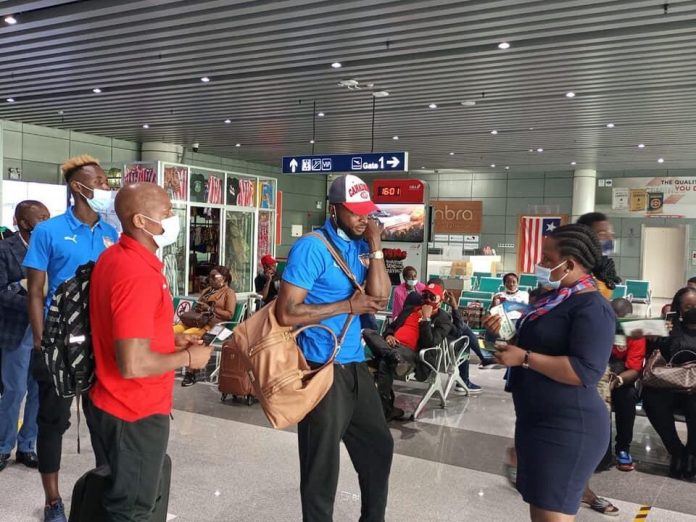 In readiness for the much-awaited Qatar 2022 World cup qualifier against Nigeria’s Super Eagles, Lone Stars of Liberia has started arriving the country in batches.

The team under Peter Butler a few weeks ago resumed training with largely home-based players before they were trimmed down to sizeable number.

The trio of Allen Njie, Oscar Dorley, and Peter Wilson have arrived in Nigeria waiting for the rest of the team

Turkey based Mohammed Kamara is presently on his way to Nigeria to join the squad for the cracker.

The match is slated for Teslim Balogun stadium in Lagos on Friday.