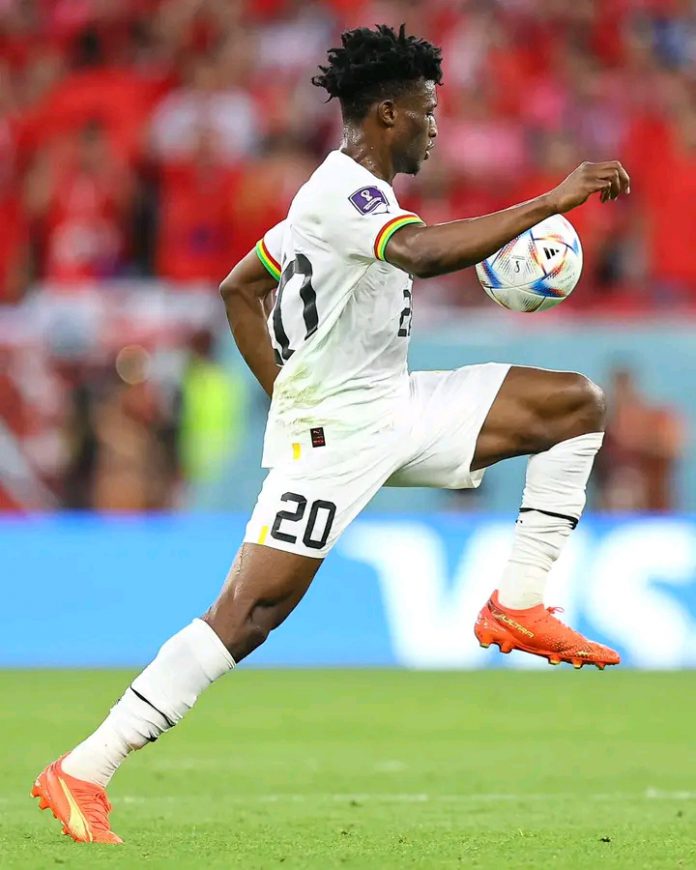 Andre Ayew said the whole world will know about Mohammed Kudus as the Ghana captain praised the midfielder’s starring display in Monday’s win over South Korea at the World Cup in Qatar.

The 22-year-old, who has impressed for Ajax in the Champions League this season, scored two goals to help the West Africans to a 3-2 win on Monday which boosted their hopes of progressing from Group H.

“He has a bright future in front of him,” Black Stars captain Andre Ayew said.

“We know this, I know this, Ghana knows it now, the world is going to know it. You’ll see, more is coming from my boy.”

“Hopefully he can keep on shining because he has a really bright future,” said the 31-year-old.

His double makes him the first Ghanaian to score twice in a single World Cup finals game, as well as the second-youngest African player to score two goals in a World Cup match after Ahmed Musa for Nigeria against Argentina in 2014.

“He’s a very good guy who is fast one against one. He has very good game intelligence.

“He has to work more defensively, this is for sure, but he is on the right track to be a great, great player.”

Kudus was presented with the man-of-the-match award, but showed humility following his performance at the Education City Stadium.

“The whole team was on top of their game,” said Kudus, who has shone for his club Ajax Amsterdam in this season’s Champions League, netting 4 goals from 6 games.

“I want to thank all my team-mates because it is a collective game and they all played a part in my performance.”

FC Ebedei Pitch Is Best And Can Never Get Waterlogged, Says...

Casemiro proves himself the man for the big occasion once again...