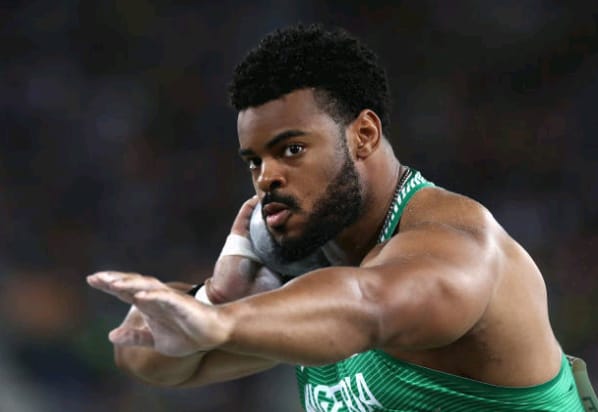 Nigeria’s shot put sensation Chukuwebuka Enekwechi has been ranked among the best athletes in his event by the World Athletics.

World Athletics has undertaken to create a global ranking system where athletes score points based on a combination of result and place depending on the level of the competition in which the result is achieved.

According to the ranking series, Enekwechi the reigning African champion in Shot Put is ranked 14th in the world with an accumulated score of 1293.

The 2018 Commonwealth Games Silver medalist is the only African athlete among the top 20 rankings and is distantly followed by Mohamed Hamza from Egypt ranked 24th with a score of 1227.

The 20-year-old who has just transferred from University of Tennessee to Auburn University in the United States of America is ranked the 26th best 100m runner so far this year.

The other three Nigerians listed in the ranking are Raymond Ekevwo (31), Ushoritse Ishekiri (61) and Alaba Akintola (64).

New Nigerian record holders in the 400m hurdles (Nathaniel Ezekiel) and Javelin (Nnamdi Chinacherem Prosper) also made it to the top 100 list of ranked athletes in their respective events.

The ranking is then based on their average score over a certain number of competitions in a defined period of time.

In any calendar year, World Athletics processes more than 1,000,000 results from more than 10,000 competitions worldwide which feed into the world rankings

Suarez: I’m Not Returning To Liverpool

One more arrested over Conti and Katanga clash