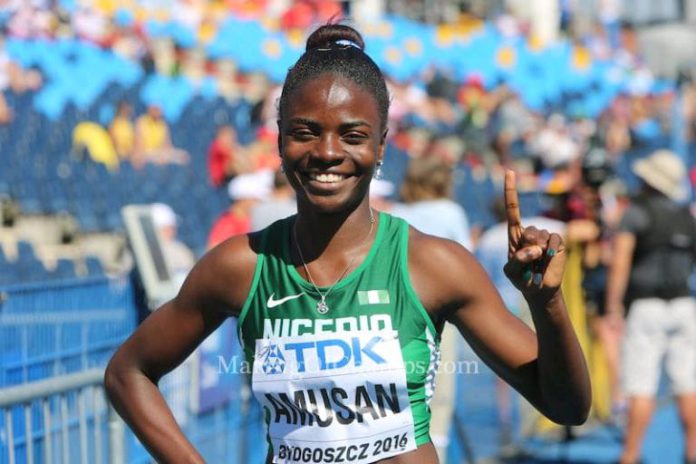 12.12 secs world record set by Commonwealth and world champion Tobi Amusan (OON) at the world championship in Oregon USA has been officially ratified by the World Athletics.

The cheering news from Monaco, headquarters of World Athletics was given pride of place at the official website of the athletics ruling body.

According to World Athletics, Amusan’s 12.12 seconds feat in the women’s 100m hurdles semifinals  in Eugene, Oregon on July 24, 2022 is now officially in the record books.

Amusan after clocking an African record of 12.40 in the 100m hurdles heats, the world was put on notice that the 25-year-old was capable of something special.

Amusan wasn’t done there, though, and she followed that remarkable performance with a wind-assisted 12.06 (2.5m/s) to win the final.

“The world records set by Tobi Amusan, Mondo Duplantis, and Sydney McLaughlin at the World Athletics Championships Oregon22 have been ratified.

Ignore Azimio Side shows and keep your eye on the ball:...

Another Blow For Nigeria, Onuachu Out Of AFCON