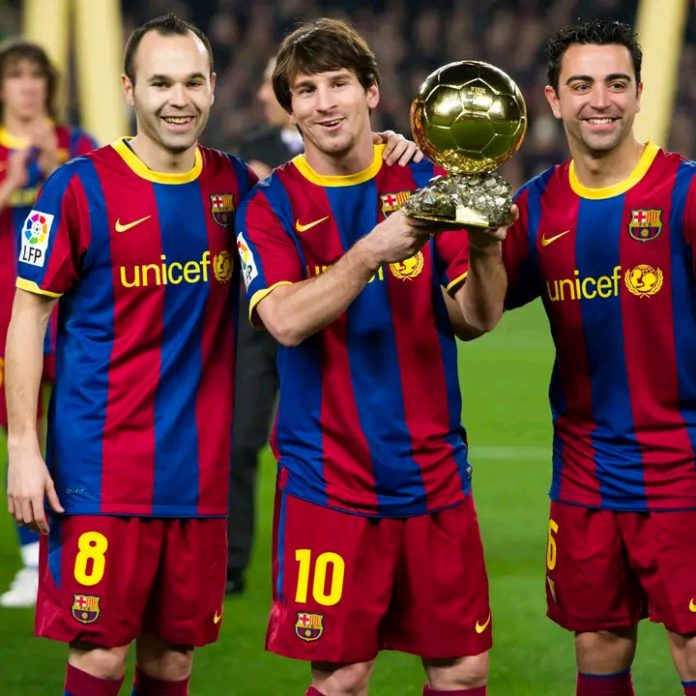 Spain legend Andres Iniesta has claimed that ‘with or without the World Cup’, Lionel Messi is the greatest player and was a ‘deserved champion’ in Qatar.

Messi finally won the trophy that had eluded him his whole career after Argentina defeated France on penalties to secure their third ever World Cup title.

The 35-year-old Argentina captain played a pivotal role in Qatar – winning the Player of the Tournament for a record second time – and scoring twice in a thrilling final.

With fans, players, former stars and the rest of the globe debating whether Messi’s achievements cement him as the greatest footballer of all time, the World Cup winner’s former Barcelona team-mate Andres Iniesta has weighed in.

Iniesta, who scored the winning goal in the 2010 World Cup final against Holland to crown Spain as champions, told Marca: ‘For me it was not necessary for Messi to win the World Cup to consider him the best. With or without a World Cup, he is the best.

‘And I think that the person who didn’t believe it before winning the World Cup will continue to find some excuse to stick with the idea of ​​him.

‘But, in any case, I think that the title has been fully deserved not only for him but for all of Argentina.

‘By how he has competed himself. He started losing the first game, he endured that added pressure to what he already had. For me, he is the deserved champion.’

Iniesta and Messi played together for one of the most phenomenal Barcelona side’s in the club’s history.

The pair have more than a thousand appearances and 32 trophies between them for Barcelona and were always tipped to see out their careers at the Nou Camp.

It was Iniesta who first departed in 2018 to join Japanese side Vissel Kobe, while Messi arrived at PSG last year.

Iniesta said he expected Spain to fo further in Qatar – after they were knocked out by giant-killers Morocco in the last-16.

‘Since South Africa, the road has not been easy,’ he added. ‘In Brazil we were not in the group stage, in Russia, in the round of 16… It is not easy. The playoffs are tough.’

AFCON Round Of 16: Super Eagles May Face Algeria, Senegal, Tunisia