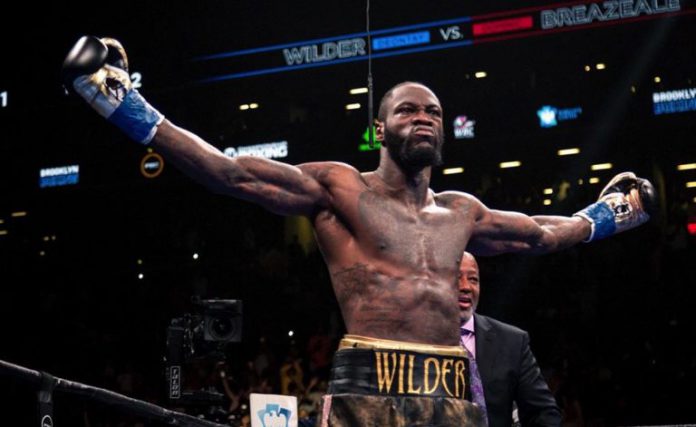 DEONTAY WILDER has confirmed he WILL return to boxing after unveiling a statue of himself in his home town.

The American has not fought since a devastating 11th-round KO defeat to Tyson Fury in their trilogy bout last year.
That was Wilder’s second loss to the Gypsy King, after their first bout ended in a controversial draw.

They remain the only defeats of the former WBC heavyweight champion’s career. But he has left his fans guessing as to whether they would ever see him in the ring again.

And now, as he attended an unveiling of bronze the statue in Tuscaloosa, Alabama, the Bronze Bomber finally revealed he is ready to return.

He said: “I can’t stop right here. I must continue my journey. I have to, I have to.
“I’m looking to resume my career for sure. I’ve got a lot of other things I’ve got to get out of the way.

“I’m taking away from my children if I come back, because now I’m able to enjoy my life fully like I want to. “I sacrificed so much to be in this position in my life, to be able to life my life like I want for the rest of my life.”

The 36-year-old, who has only lost two of his 45 fights, thinks the sport of boxing needs him. He added: “I’ve been highly requested. So many people have told me ‘Come back, come back.’ I’d say I’m back by popular demand.

“And the business of boxing needs me. When there’s a thriving American champion, there’s nothing like it. “When there’s not, you see it’s dead. There’s a drought in [the sport]. People know the difference now.”

Wilder has not revealed a date or an opponent for his grand return, but is still ranked No2 by the WBC. And, with Fury adamant he has retired from the sport, an instant world title shot far from out of the question.