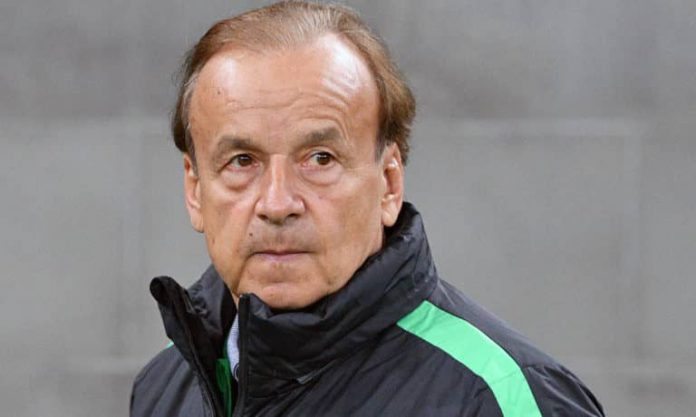 Super Eagles manager, Gernot Rohr has revealed exactly what triggered his decision to recall former Manchester United striker Odion Ighalo to the national team ahead of the 2022 World Cup qualifiers against Liberia and Cape Verde, and the 2021 Africa Cup of Nations.

Ighalo called time out on his international career in July 2019, shortly after the Africa Cup of Nations, where he won the top scorer award with five goals.The 32-year-old has been persuaded by NFF boss Amaju Pinnick and Rohr to reverse his decision to retire from international football.

Although Rohr has successfully integrated young strikers such as Victor Osimhen and Kelechi Iheanacho into the Super Eagles, the German football tactician has opted to add an experienced head who will act as a leader in the offensive department.

It is not a coincidence that Ighalo is making a return to the team after the Super Eagles struggled to break down the Central African Republic defence in a World Cup qualifier last month in Lagos, eventually losing the game 1-0.

Speaking at Thursday’s pre-match press conference, Rohr said : “Ighalo wanted to retire after the AFCON. He changed his club and he also wanted to spend time with his family but now the motivation is there for him to come back to help us.

“He’s experienced, we have a very young team.  Ighalo has goalscoring qualities, his experience and professionalism can help the young players especially in the attack to be more efficient, and we are all very happy about this.”

Ighalo has proved this season that he has not lost his scoring touch, notching nine goals in eleven appearances in the Saudi top-flight.

Man United latest side to ‘express interest’ in Leeds’ Raphinha