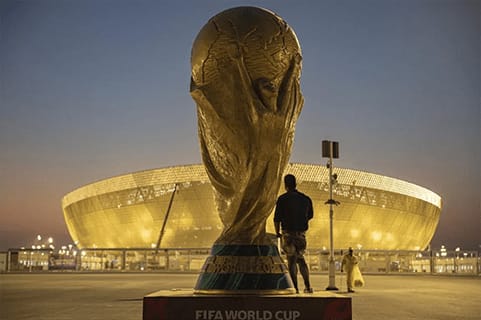 The FIFA World Cup trophy will be at stake until 2038. No country will win it for keeps.

Ahead of last Sunday’s World Cup final match which Argentina won, there were speculations that the winners may get the FIFA World Cup trophy for keeps since it was going to be the third time.

The current trophy was introduced in 1974 and has been at stake ever since. It was confirmed that no team can win this trophy for keeps on account of winning it three times.

The inaugural winners were West Germany in 1974. They won again in 1990 before a united Germany won for the third time in 2014. Thus, Argentina, that Germany defeated to win the cup in both 1990 and 2014 did not have the trophy for keeps.

So, Argentina will not. According to a FIFA publication,”FIFA 1904 to 1984” to mark to mark the 80th anniversary of the founding of the football governing body, no team will win the current trophy for keeps.

On page 268 of the book, FIFA wrote: “This trophy which is 36 centimetres high cannot be won for good. According to the Regulations, it remains in FIFA’s possession. The winning Association recieves a replica which is ‘only’ gold plated and not in solid gold.

“There is enough space for 17 inscriptions on the plaques on the base. The last plaque will thus be engraved in the year 2038.”