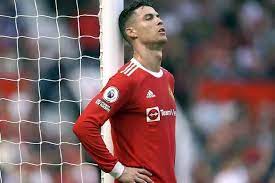 The final excerpt of the interview between Ronaldo and Morgan aired on TalkTV on Friday morning, November 18, in which Ronaldo said he felt “provoked” by manager Erik ten Hag after he refused to come on last month against Tottenham and left Old Trafford before the full-time whistle.

Ronaldo also said he believes Ten Hag “does not respect” him in the way he “deserves”.

Details of the interview first emerged when The Sun published quotes on Sunday evening, after which United said they would consider their response “after the full facts have been established”.

The complete interview was aired in two parts on Wednesday, Thursday and Friday and the club has issued a short statement addressing it.

“We will not be making further comment until this process reaches its conclusion.”

In clips previously aired this week from the same interview Ronaldo talkked about refusing to come on as a substitute against Tottenham in October after Ten Hag had not wanted to bring him on in the 6-3 defeat at Manchester City earlier that month:

“You don’t put me on against Manchester City because of respect for my career and you want to put me on for three minutes against Tottenham? It doesn’t make sense.

“I think he did it on purpose. I felt provoked not only because of that game, but before. He doesn’t respect [me] the way I should deserve.

“But it is what it is. This is why probably, the game against Tottenham, I left.

“I will be honest with you, it’s something that I regret, leaving the stadium [against Tottenham].