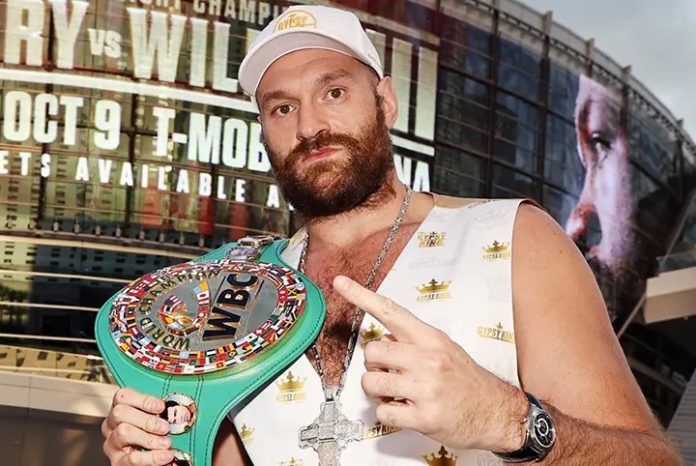 British world heavyweight champion
Tyson Fury has not yet alerted the WBC
that he is vacating his title and will not
be rushed into making a decision on
keeping the belt – despite his claim that
he is retired. Fury recently defended his
WBC crown against Dillian Whyte in
front of a sold-out Wembley Stadium.

Fury sensationally retained his WBC title
by knocking Whyte out in the sixth
round. He landed a powerful right
uppercut to secure the win, with Whyte
originally getting to his feet before
staggering into the ropes.

After securing the win over the Brixton
Body Snatcher, Fury remains unbeaten
in 33 fights. The 33-year-old had declared prior to the bout that the fight
would be his last, and he re-iterated his
decision in the ring.

However, the real sign that he is walking
away from the sport will come if he
relinquishes his WBC title, as that is
ultimately crucial in any undisputed
clash between the winner of Anthony
Joshua and Oleksandr Usyk. The Ukrainian defeated Joshua to win the
WBO, IF and WBA titles.

WBC president Mauricio Sulaiman
confirmed to the Daily Star that Fury has
not yet suggested he would give up the
title. Sulaiman currently plans to allow
the Gypsy King to rest and relax with his
family in the next few weeks before he
will meet with the star to discuss his
future.

Fury is free to make a voluntary defence
or sign up for unification after defeating
mandatory challenger Whyte, so he is
not under pressure to decide on his
future soon. However, his promoter
Frank Warren believes Fury can fight for
as long as he wants if he so chooses.