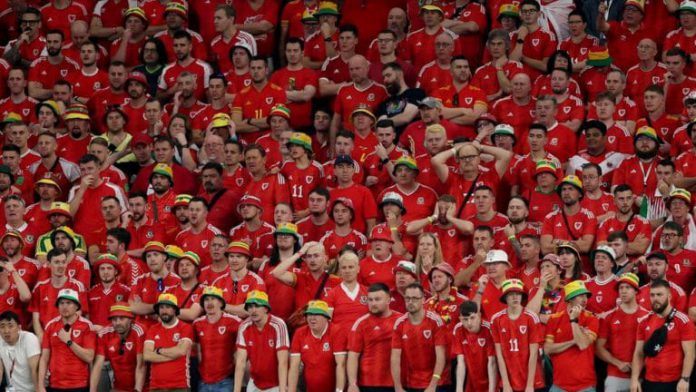 A Wale’s supporter has died in Qatar while on a trip to watch the team at the World Cup.

Kevin Davies, 62, from Pembrokeshire, was in Doha with his son and friends.

BBC Wales has been told Mr Davies died of natural causes on Friday but he was not at the stadium to watch Wales’ 2-0 defeat by Iran.

His family is being offered UK consular assistance, with support from Football Supporters’ Association Cymru which is helping fans at the tournament.

The Foreign, Commonwealth and Development Office confirmed it was “supporting the family of a British man who has died in Qatar”.

The Football Association of Wales (FAW) tweeted to say its thoughts were with Mr Davies’s family and friends at this sad time and said that it would help in whatever it could.

Chief Executive Noel Mooney said: “So sorry to hear that one of our supporters has passed away here. Our condolences go to the family and of course we are here to support however we can.”

Paul Corkrey, from the supporters’ group, said Mr Davies had wanted his son and friends to go to the Iran game.

“They came back and he wasn’t very well so they took him to the hospital and, unfortunately, he did not survive,” he said.

“Everybody is trying to help them but they just want to go home.”

Mr Corkrey said the Wales squad wanted to pass on their condolences to Mr Davies’s family.

“He’s part of the Red Wall and we’re all one big family, so it is going to be a loss to everybody,” he added.