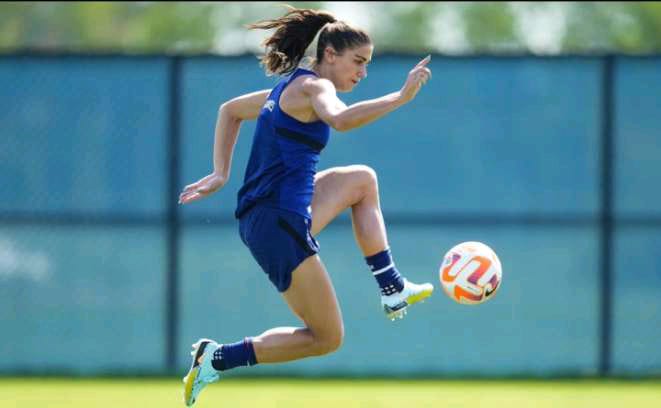 Falcons head coach, Randy Waldrum faces an uphill task against the world champions, as he will miss a handful of his regular players for the two-match training tour with the United States.

As earlier reported, visa hitches saw Sweden based duo of Halimatu Ayinde and Ngozi Okobi-Okeoghene as well Russia based duo of Francisca Ordega and Macleans Chinonyerem among the high-profile stars ruled out of the squad.

After several withdrawals, his roster comprises of two goalkeepers, seven defenders, five midfielders and six forwards, with seven of them not part of the nation’s medalless Women’s Afcon outing in Morocco.

The nine-time African champions will battle the eight-time CONCACAF winners with the first of the two matches taking place at the Children’s Mercy Park in Kansas City, Kansas on Saturday, 3rd September.

Both teams, who already booked their places at next year’s FIFA Women’s World Cup in Australia and New Zealand, will have lock horns again at the Audi Field in Washington, D. C. on Tuesday, 6th September.

SUPER FALCONS FOR FRIENDLIES WITH USA:

Limpopo mayor loses case against ANC to remain in position

Everyone Wants To Play For Barca — Xavi