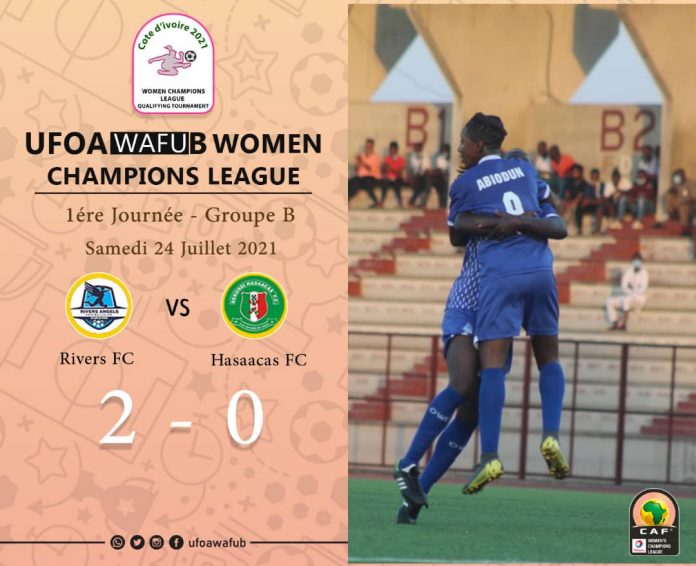 The postponed maiden edition of the women CAF champions league qualifier finally kick off on Saturday in Coted’ivoire and it was a good start for Nigeria representative, Rivers Angels.

The Nigeria women’s league champions confronted the Ghanaian champions and it was Nigeria that triumphed as they recorded an emphatic 2-0 victory.

After an end to end 15 minutes, the Nigeria took control of the game and their efforts paid off in the 17th minute with good finish from Deborah Abiodun.

All the efforts of Ghana Ladies to level the scores proved abortive as Rivers Angels ended the first half dictating the pace of the game.

The second half began with Hassancas Ladies on the front foot searching for an equalizer but it was the Nigeria side that scored again.

Ezenagu Maryann dribbled past the backline of the Hassancas before she slotted the ball past the goalkeeper and made it 2-0 for Nigeria.

Rivers Angels defenders did enough to thwart all the efforts of Hassancas attackers to reduce the tally.

Rivers Angels next game is against AS Police of Niger Republic on Tuesday.

Costa Rica 2022 Race: Falconets Off to Douala For CAR Clash