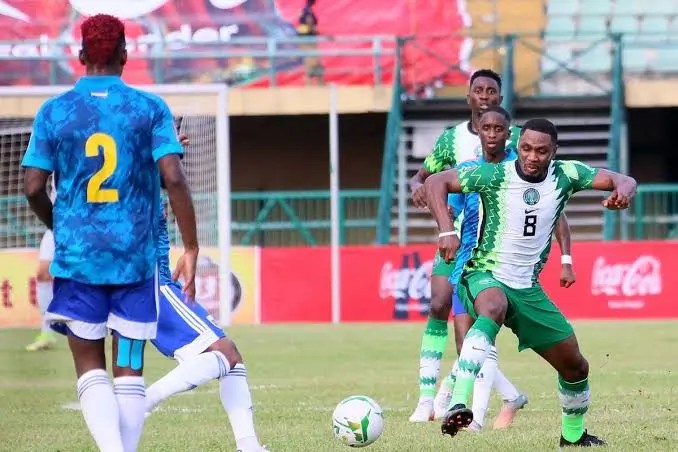 Striker Odion Ighalo, vice captain, William Troost-Ekong and five other players are early birds in Super Eagles’ camp ahead of this Friday’s World Cup qualifying playoff against Ghana in Kumasi.

Other players that have so far arrived their Abuja camp are Leon Balogun, Semilogo Ajayi, Ola Aina and Frank Onyeka.
More players are expected in camp before the team begin training this evening at the Moshood Abiola Stadium, Abuja.
Meanwhile, Black Stars interim coach, Otto Addo is expected to name a strong squad for the 2022 World Cup playoff games against Nigeria.
The Black Stars will battle it out with their rivals, the Super Eagles for a slot in the Mundial.
Ghana will host Nigeria at the Baba Yara Stadium on March 25 with the reverse game at the Abiola National Stadium on March 29.
With less than a week for the game to be played, the technical team are yet to officially release the squad of the game, a decision that has been backed by the Ghana Football Association.

Parties stand together to demand safety for women after Krugersdorp gang...

‘How Delta State Will Host The Best Games In History’ –...