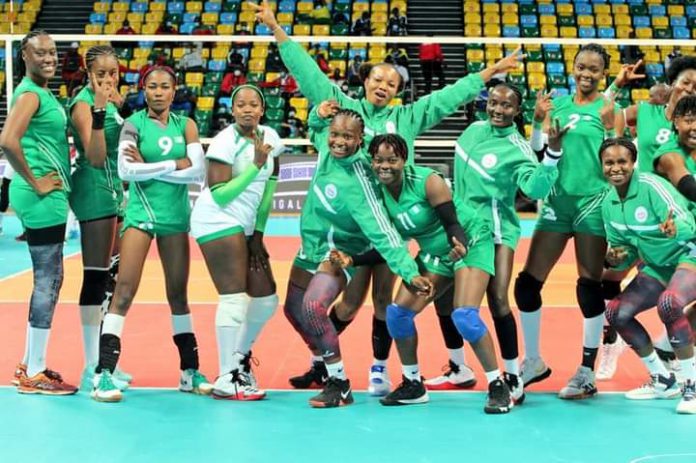 Nigeria women’s senior volleyball team progresses to the semi-final of the ongoing 2021 African Seniors Nations Championship in Rwanda on Friday.

The development is coming on the heels of the decision taken by African Volleyball Confederation (CAVB) to disqualify hosts Rwanda from the championship, having confirmed they fielded ineligible players following an appeal by Nigeria and two others.

At it stands, Nigeria move to the top of Pool A with 6 points and will face Morocco in her last group match on Saturday, September 18.

Before the match between Senegal and Rwanda on Thursday, the Senegalese team wrote a protest letter to African Volleyball Confederation (CAVB) control committee on the foreigners been used illegally by Rwanda team.

Afterwards, Morocco and Nigeria joined in with their own petitions to the Local Organising Committee on the ineligible players fielded by Rwanda, which led to the latest verdict made by the organizers.

Before the verdict, the Nigeria women’s senior team had been denied access to their training ground on Friday while the referee were stopped from officiating matches.

With this development, Nigeria has finally broken it semi-final jinx, having reached the stage for the first time since 2005 when the championship was last held in Nigeria.

Why Liverpool pair Roberto Firmino & Divock Origi are not in...