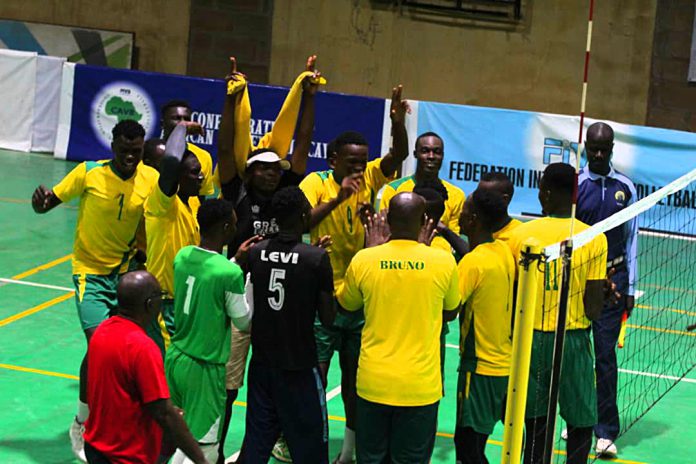 The second phase of the 2021 National Division 1 Volleyball League will be staged at the Moshood Abiola Stadium in Abuja.

The final phase of the National Division 1 Volleyball League will hold in Abuja from 18th to 28th November, 2021.

In a letter signed by Ngozi Amayo the Secretary General of Nigeria Volleyball Federation (NVBF), the venue of the National Division 1 League became eminent after consultations from various stakeholders participating in the league.

The letter read, “I am directed to inform you that the venue for the final phase of the National Division 1 Volleyball League which was earlier scheduled to hold in Bauchi state from 18th to 28th November, 2021 has been changed to Abuja.

“Moreover, the date still remains the same. We are sorry for any inconveniences. Thank you and please accept the assurances of the President, Nigeria Volleyball Federation.”

After the end of the first phase, Kada Kings are topping the log with a total of 21 points; JVC of Bauchi state occupies second position with 15 points, Kwara United placed third with 13 points, Spartans of Yola were fourth with 13 points, Katsina came fifth with nine points, Equity of Kebbi was sixth with five points, Sokoto Spikers were seventh with four points, while Oyo state placed eight with a solitary point.

The top four in the men’s category of the National Division 1 League will be promoted to next season’s Nigeria Volleyball Premier League.

Meanwhile, Kwara United and Zamfara Babes are the only women teams participating in the National Division 1 League.

Osun Utd Not A Bad Team And Can Get Better – Ogunbote

Why we hired Wokocha – FCAAN