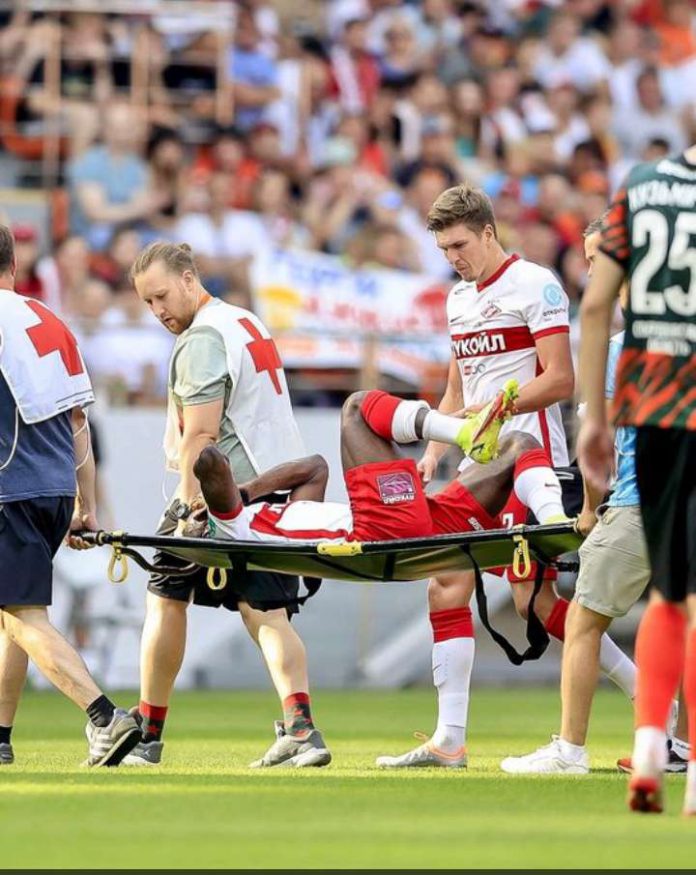 It was wired news for former Super Eagles winger Victor Moses as he is expected to go under doctor’s knives soon after he ruptured his Achilles tendon at the weekend.

Moses who has been in top form with Spartak Moscow since the start of the new Russian Premier League season; earning a Man of The Match award and scoring two goals, suffered the injury on Saturday in Spartak’s win against Ural.
The Nigerian who didn’t finish the game was later stretchered off after 33 minutes.

MRI results from the scan done and announced by Spartak Moscow informed that Moses will need surgery due to an Achilles tendon injury sustained in the match.

The development means that Moses will be facing a long lay-off as his recovery will take about 6 months.

$300k Plus Other Properties – Hushpuppi Finally Discloses How Much He...

Tottenham could bring Gareth Bale back for a 2nd loan stint