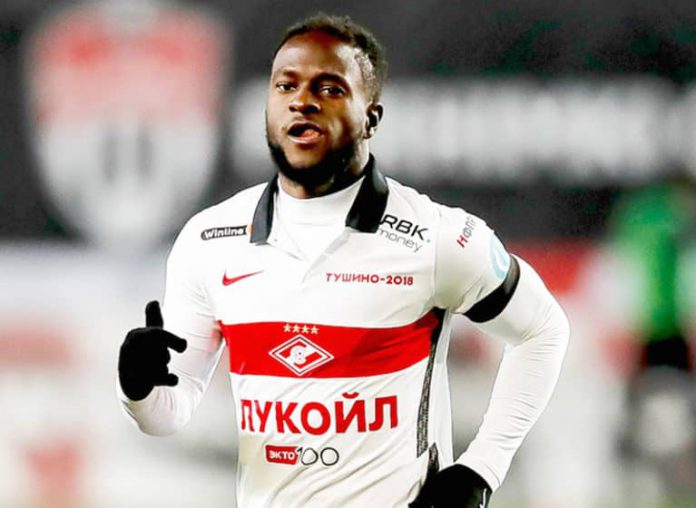 Spartak Moscow of Russia winger, Victor Moses has turned down the chance of returning to the Super Eagles.

Moses quit international football shortly after the World Cup in 2018 to focus on his club career as he was back then aiming to cement his spot in the Chelsea team under Maurizio Sarri.

Now playing regularly in Russia, he was approached by coach Rohr on rescinding his decision to quit international football and help the team out in the World Cup qualifiers but he declined.

The 29-year-old told the coach that the team has options in his position who are doing very well for their clubsides in Europe hence he doesn’t think he’s needed in the team.

He believes with proper encouragement, the wingers in the team at the moment will deliver owing to the fact that they are delivering with their clubsides in Europe.
At the moment, the team has Moses Simon, Chidera Ejuke, Samuel Kalu and Samuel Chukwueze on the wings as they shape up for the crucial part of the 2022 World Cup qualifiers.