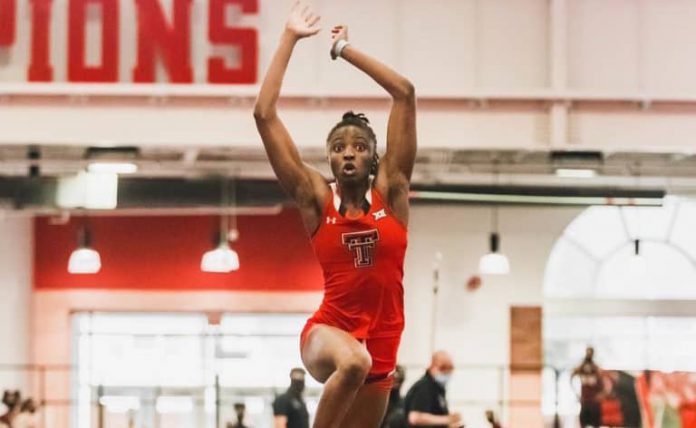 The USATF Golden Games marks the second U.S. stop on the 2022 World Athletics Continental Tour – Gold series had athletes competing for more than $200,000 in prize money, along with the all-important World Athletics rankings.

Usoro leaped to a second place finishing 13.84m in the women’s triple jump behind Keturah Orji who won in 14.53m, while another Nigerian, Onaara Omamuwagun was 5th in 13.54m.

In January this year, the 24-year-old Usoro broke the collegiate women’s record in the season-opening Corky Classic with a mark of 48 feet, 5 1/4 inches at the Sports Performance Center, more than 10 inches beyond her previous lifetime best indoors or outdoors.

Diamond League champion and Tokyo 2020 finalist, Tobi Amusan couldn’t make it to the podium in the women’s hurdles as she finished 4th with a Seasons Best of 12.61s.