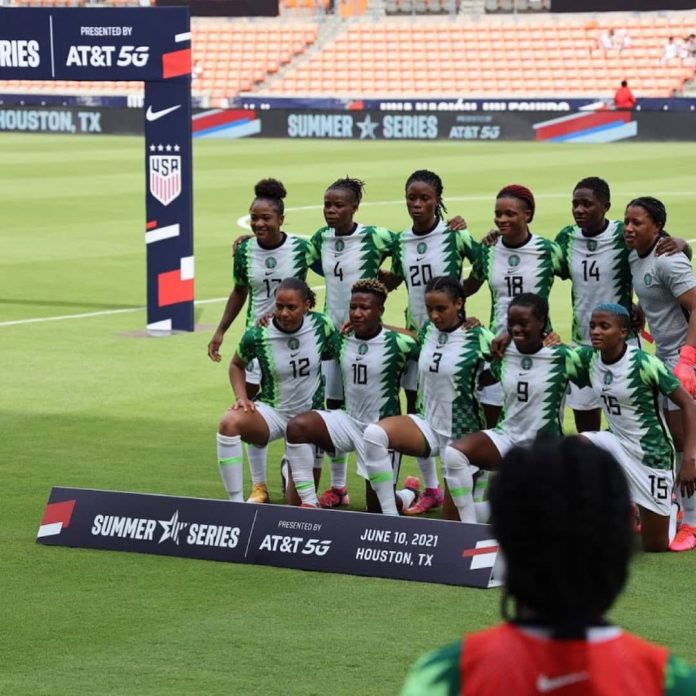 In the ongoing US Summer series, Jamaica pegged back the Nigeria side in the first game with a line strike from Deneisha Blackwood in the 54th minute of the keenly contested encounter.

As at the opening game 21 players were in camp for the match, the reports on Saturday morning has it that the number of players in camp increased to 23 with the arrival of Bayelsa Queens player Celine Ottah .

Ottah was among the 10 local based players invited but she failed to travel with the team due to visa issues which has been resolved.

Meanwhile, as the team continue to gear up for the second game, the duo of defender Onome Ebi and skipper Asisat Oshoala are expected in camp before the Portugal’s clash.

Both missed the first match due to visa hitches and they have left their based in Belarus and Spain for United State.

The match against Portugal is slated for tonite at the BBVA stadium in Houston.

Messi Intends To Stay At PSG