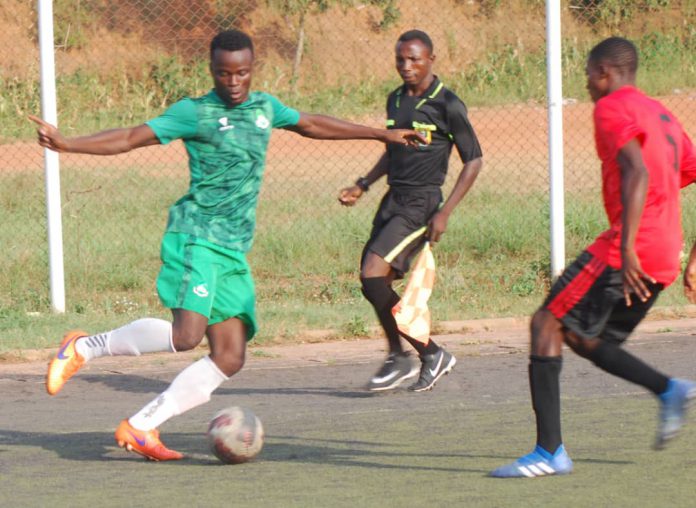 Nasarawa United FC of Lafia and Plateau United of Jos will on Sunday rekindle their rivalry as to who is actually the king of the round leather game in the North Central, as they battle each other at the final of maiden edition of the Unity Preseason Tournament.

The two teams fought like trogans to book a ticket into the final of the epoch making tournament that brought the best out of the 12 teams that participated in the week long tournament.

It took two heroic penalty saves by goalkeeper, Ameh Godwin, to ensured Nasarawa United went into the final of the tournament.

After regulation time ended 1-1 apiece in the nervy all NPFL -Clubs Semi-Final clash at the Area 3 Football Pitch, Garki, Abuja, with right full-back, Abubakar Abdullahi scoring an early goal(7th minute) for the Solid Miners, Nasiru Sani, drew Katsina United level in the 79th minute from the spot following a foul by Ekerete Udom in the area.

In the ensuring penalty shootout, Nasarawa United won 6-5, to book a place in the final.

In the second Semifinals, Plateau United FC scored two goals in each half against Wikki Tourists to seal a final clash with neighbors Nasarawa United. Wikki Tourists scored a goal at the tail end of the encounter to put the final scores at 2-1

Reacting to the outcome of the match, Nasarawa United Technical Adviser Bala Nkiyu who spoke through his Assistant Coach, Stephen Moga expressed satisfaction on the outcome of match saying it was great ” we feel great about today’s result, and so does the entire team.

“It’s a nervy game that required penalty shootout to determine the eventual winners, and we are glad we were the lucky side at the end of the day.

He rated the quality of the tournament in organization as very high, which met expectations of all participating teams. “our aim is not just about winning the tourney but to use it as a preparatory ground to access our players ahead of the forthcoming NPFL Season.”

To Coach Muhammad Azeez of Katsina United,” The game of penalty shootout can go anywhere.

“We had a lot of chances but failed to utilize them.

“But I’m happy that the boys did well in the game, and with the progress of my boys in the preseason, all we have to do now is to correct our mistakes before the NPFL Season starts proper.

“Nasarawa United are a very good side and they gave us a very tough match today.

“Though this is a preseason tourney, we accept the defeat and move on.”

Coach Kabiru Dogo of WIkki Tourists FC attributed his team’s outster from the tournament to fatigue on the players.

Dogo reacting to the 2-1 lost to Plateau United in the Semi Final commended his boys for the improvement on their games adding that the aim of taking part in the pre season competition is to expose the players to the rigors of what to expect and also see areas they need to work on adding that he has no regret taking part in the tournament.

Trial in 2016 Ivory Coast attack set to get underway