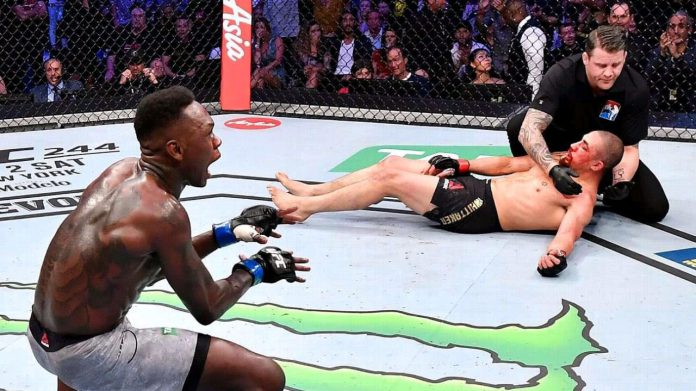 Adesanya known as ‘The Last Stylebender” will make his comeback to the Octagon next weekend at the UFC 281 at Madison Square Garden for his most significant middleweight championship defence to date.

Recall that Adesanya has previously faced Pereira twice, with the Brazilian winning both matches. Pereira is the only fighter to have defeated the Nigerian, and he did it in a rematch in 2018.

Adesanya saw and observed Floyd Mayweather’s concentration during his bout with Manny Pacquiao, when the unbeaten boxing superstar said he was only focused on that particular fight.

The Stylebender, while speaking via his Youtube channel, said, “I was watching Claressa Shields and Floyd Mayweather talk on FaceTime when he fought Pacquiao.

“He said he got up from the seat for every round. He always just thought like, ‘Forget every other fight. If there’s ever a fight I have to win, it’s this one.

Adesanya has never lost a fight at 185lb, and his only MMA defeat came against Jan Blachowicz at light heavyweight while he was attempting to win two titles simultaneously.