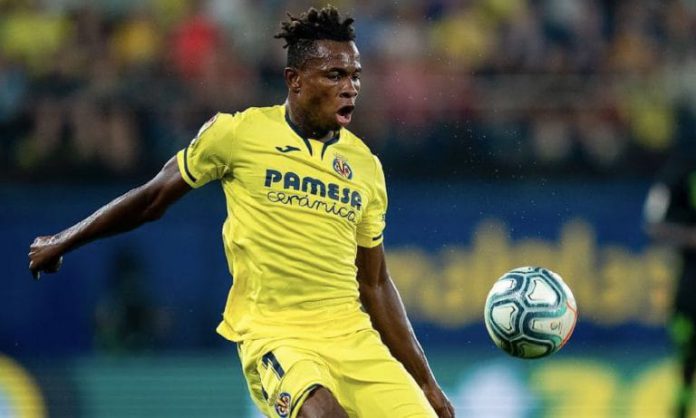 Former Liverpool striker Peter Crouch has highlighted how the Premier League side dominated Villarreal in the first leg of their Champions League semifinal meeting at Anfield on Wednesday night.

The tie is Liverpool’s to lose following a 2-0 win thanks to an own goal from Pervis Estupinan in the 53rd minute and Sadio Mane’s strike two minutes later after a lovely assist from Mohamed Salah.

Crouch noted that Villarreal had problems dealing with Liverpool’s press for most part of the game, leaving their offense ineffective with only one attempt compared to the Reds’ twenty over the course of ninety minutes.
Samuel Chukwueze had the least touches (14) of the players who started the game, which shows how Liverpool did not give Villarreal spaces to operate, while Nigerian-born winger Arnaut Danjuma managed eighteen touches.
In his post-match analysis on BT Sport, Crouch said: “I just felt that they had to try something different. They were playing into Liverpool’s hands completely.
“They were actually getting some of the best chances from actually winning the ball back when Villarreal had possession.
“They had to play in Danjuma or Chukwueze down the sides just to try and get themselves a breather, get themselves up.
“They literally could not breathe, they could not get any respite, they were on top of them every time they had the ball.”

Chukwueze, who started only his second Champions League game this term, made way for 2021 Africa Cup of Nations winner Boulaye Dia with eighteen minutes left.

The return leg of the semifinal tie will take place at the Estadio de la Ceramica on Tuesday, May 3.

PAC prepares for ‘most contested’ congress as deputy who led...