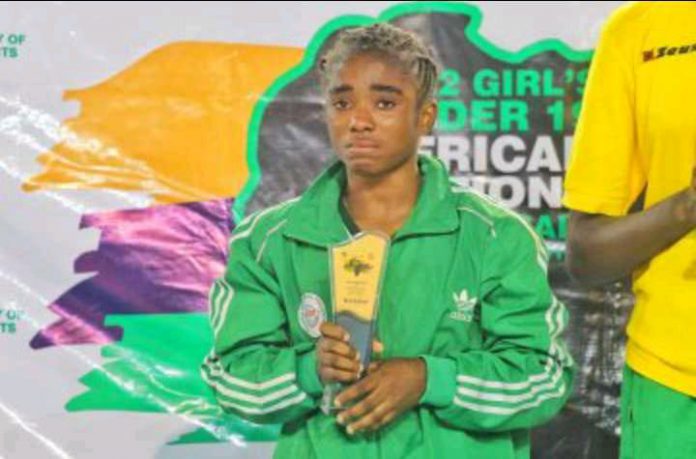 African Volleyball Federation has released the Dream Team of the competition Champions Egypt, Cameroon and host Nigeria took part in the qualifier played at the MKO Abiola Stadium Abuja.

Despite their dismal outing in the qualifier, Miriam Usman made the Dream Team of the competition as she was adjudged as the best Libero.

Nigeria lost its two games played against Cameroon and Egypt and missed out on the qualification for the World U19 Championship.