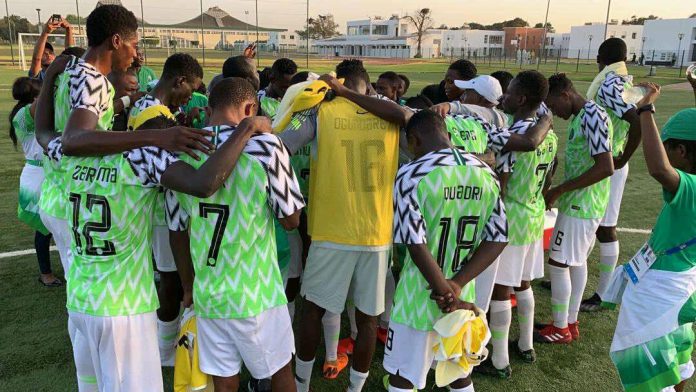 Flying Eagles head coach, Ladan Bosso has once again wielded the big stick by releasing 25 players from the team’s camp.

The seven-time African champions have been in camp in Abuja training with the aim of increasing winning the title to eight as they face other African countries where all semi-finalists will represent Africa at the FIFA U20 World Cup.

According to sources from the the Nigeria U20 camp, the former Ifeanyi Ubah FC coach decamped the players following their below expectation performance.

Some of the players, we gathered, were not officially invited and simply came to camp to try their luck.

Meanwhile, the Flying Eagles will engage in three friendlies this week.

The WAFU B champions will face Niger Tornadoes, Lobi Stars and Nasarawa United on Thursday, Friday and Saturday respectively.

The team will embark on break after the game on Saturday.

They will resume on January 6 for the final phase of their camping exercise for the AFCON.

Countries which chose Covishield fared better than those that took mRNA...