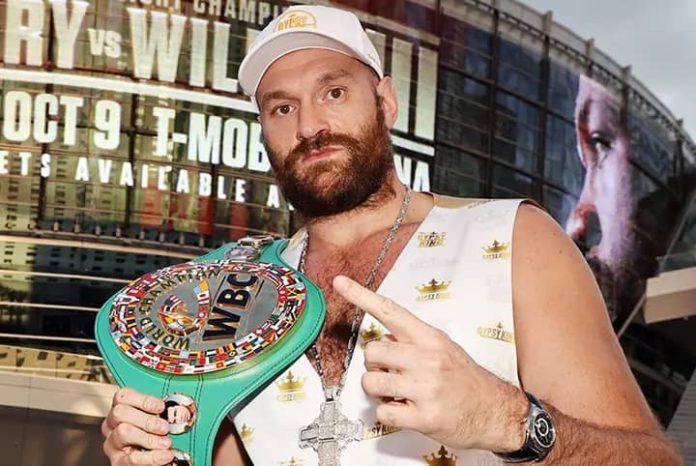 After weeks of fierce negotiations, Tyson Fury vs Dillian Whyte has now been confirmed. Fury is the reigning WBC heavyweight champion after back-to-back victories over Deontay Wilder in Las Vegas.

The Gypsy King retained his crown by emphatic knockout back in October last year, with unification against then-champ Anthony Joshua eyed up.

AJ was to ultimately lose his own title defence to Oleksandr Usyk and now the pair are poised to rematch, so Fury’s attention has turned to mandatory challenger Dillian Whyte as he puts his belt on the line once again.

The 6ft 9in undefeated ace wanted Whyte to accept around £5m to step aside and let him fight Usyk.

But Whyte’s team have dug in with their man wanting the chance to take Fury’s belts – and have finally got their wish, with promoter Frank Warren confirming the fight on Friday, January 28.

Fury said as the fight was announced: “I’m coming home baby. Get ready for the biggest British dust-up since Lennox Lewis vs Frank Bruno. History in the making.”

A date has yet to be announced for the all-British showdown but Fury says it WILL be in the UK and April 23 is the likely spot on the calendar.

Fury hasn’t fought in the UK since 2018 when he faced Sefer Seferi in Manchester and then Francesco Pianeta in Belfast.
The most likely venue for Fury vs Whyte is reportedly Cardiff or Manchester, but no details are set in stone.

If Fury returned to his roots in the North West it would be his first appearance there in three years since the win over Seferi.
And either venue would be great news for UK fight fans, with the bout likely to take place at a friendlier time than the 5am GMT epics against Wilder.