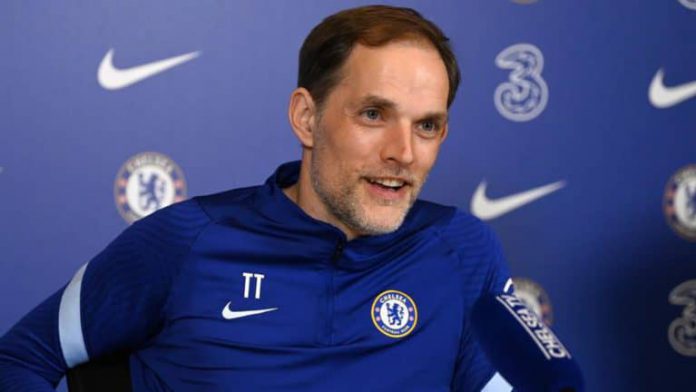 Head coach Thomas Tuchel is reportedly yet to give the green light for Chelsea to make a move for Manchester United forward, Cristiano Ronaldo.

In recent days, it has been claimed that the Portuguese superstar has requested an exit from Old Trafford in order to play Champions League football next season.

That development came on the back of super-agent Jorge Mendes holding discussions with Chelsea owner Todd Boehly, who is known to want to make new signings as soon as possible.

While United has stated on more than one occasion that the 37-year-old remains not for sale that has not stopped speculation on Ronaldo’s future.

A previous report has suggested that Boehly, who is also acting as Chelsea’s interim sporting director, has been left “intrigued” by the opportunity to sign Ronaldo.

However, Boehly is said to have little intention of signing a player who does not get approval from Tuchel at a time when major changes will be made to the first-team squad.

According to The Sun, Tuchel has not given the go ahead for Boehly to put forward an offer for the attacker, casting doubt over whether a proposal will materialise.

The report suggested that the German is continuing to prioritise strengthening his backline and bringing in at least one new wide player.

Tuchel requires replacements for each of Andreas Christensen and Antonio Rudiger, while Hakim Ziyech is one of a number of creators who are being linked with a switch away from Stamford Bridge.

Nevertheless, Tuchel will naturally give consideration to working with a player of Ronaldo’s status and who still scored 24 goals in all competitions last season

AFCON Draw: Pinnick, 29 Others Expected At The Event